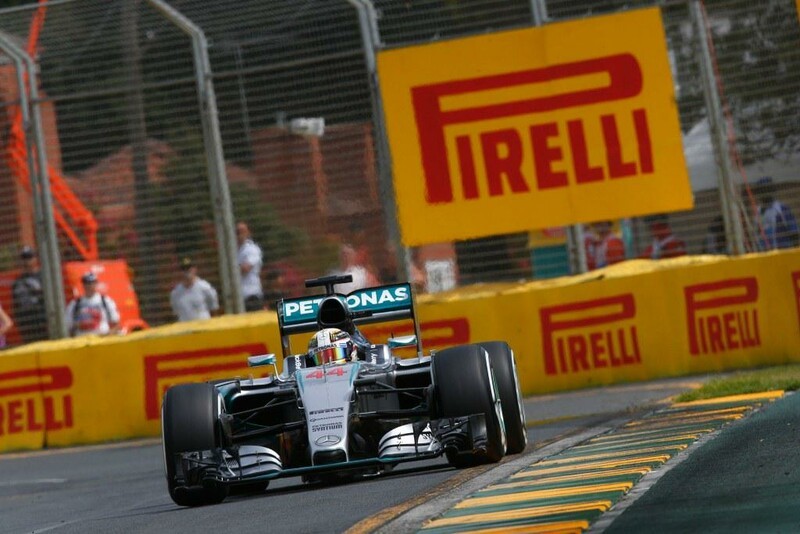 ** UPDATE ** - Race over! One-two finish for Lewis Hamilton and Nico Rosberg at the Australian Grand Prix. That is the 30th F1 win for the Silver Arrows! Sebastian Vettel and the Ferrari team took the 3rd pole position. To conduct the after race interviews, the Terminator himself, Arnold Schwarzenegger hit the podium.

F1 is back and the 2015 season is already off to a great start for the BlackBerry sponsored MERCEDES AMG PETRONAS Formula One Team. Having ended the 2014 season as F1 Constructors' Champions for Mercedes-Benz, the team hit the Australian Grand Prix track for qualifying where Lewis Hamilton set a time of 1 minute, 26.327 seconds, six-tenths of a second faster than teammate Nico Rosberg as Mercedes made it a one-two in qualifying.

Lewis Hamilton - It's been a great start to the weekend and, honestly, it doesn't feel like such a long time since the last race! It's been a huge effort from all the guys and girls at the factories to have this kind of performance from our car and I feel very blessed to have the opportunity to drive it. I've worked hard with the engineers yesterday and today to find a good balance. Then, in the session, I just tried to push hard and put the pieces together. It's so much fun when it works right, because this is the competition that I live for. And I'm immensely grateful to everybody at Mercedes for the hard work that has gone into it so far. But there is still a lot to do tonight to study for the race tomorrow because it will be a huge challenge to try and fight for the win. We will be working as hard as we can to make sure we have a good race.

Nico Rosberg - Lewis did a good job today, he drove like a champ. I also felt that I had the speed in the car but I didn't get together the perfect lap. In general I'm happy that the team again gave us a great car. It's fastest out there this year, too, so many thanks to the factories back home. But tomorrow I still can make it happen because it will be a long race. A lot can still happen and I will put on a great show. My long run pace on Friday was better than Lewis but he did quite a few set-up changes on his car, so there may be more to come from him.

This season is starting off to be a hot one and already the MERCEDES AMG PETRONAS team have shown why they're a dominant force on the track and the official race doesn't even start until 5:00AM GMT Sunday. You can check the schedule in your timezone right here. If you're looking to follow the MERCEDES AMG PETRONAS team on your device, you can check out their race hub page which gets updated through practice, qualifying and during the race.