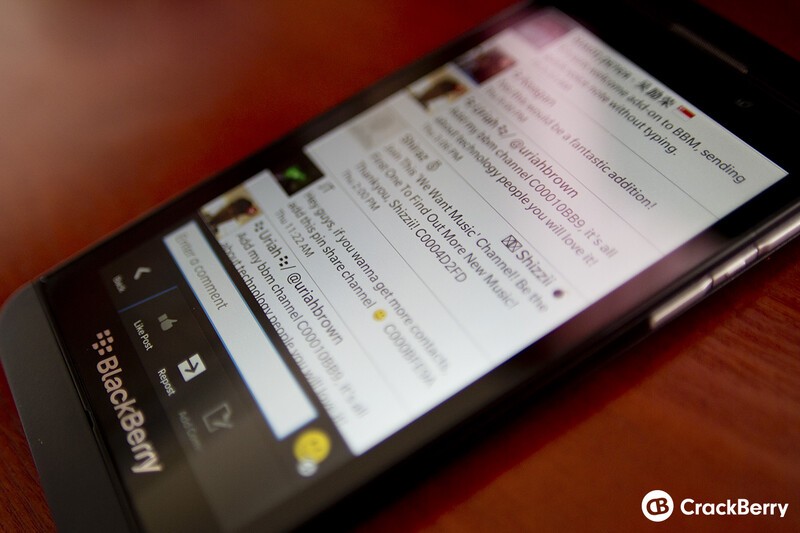 If you look anywhere on BlackBerry’s Facebook page, or even our own CrackBerry BBM channel, you’ll quickly notice that avid BlackBerry users are still sharing PINs like nobody’s business. In a lot of ways, this is an anachronism; PIN numbers uniquely identify BlackBerry devices, and in BlackBerry Messenger’s early days, it was the only way to create a messaging connection with someone. Now you can send BBM invites over e-mail, and port your BBM contacts to new devices. With functions like that in place, PIN numbers are largely inconsequential, and yet people are still using them. Why?

Part of it is legacy. People that have been using BlackBerry Messenger for a long time will keep swapping and broadcasting PINs as they always have out of sheer habit. There’s more to it than that, though. One of the nice things about BBM is the amount of control it affords over who gets in touch with you.

On the one hand, getting someone on your BBM list is very personal, since it provides instant access to you at any time. On the other, you aren’t giving away a phone number or an e-mail address, so BBM creates this nice buffer zone. On other instant messaging services, you can do a user search through multiple criteria to find someone, but not so with BBM - PIN numbers still have value because you can only get one if someone explicitly gives it to you. It can be given with a high degree amount of confidence because it makes people accessible, but still keeps them at arm’s length.

This, I think, is what creates a much tighter-knit community than many other social networks. On Facebook, Twitter, and Google+, most relationships condense naturally with a token amount of participation from users. There isn't always a lot of mutual investment when connecting on those networks. Conversely, on BlackBerry Messenger connections are made with concerted purpose thanks in no small part to PIN-swapping. There are still some of the usual social networking mechanisms in BBM like status updates, sharing what music you're listening to, group messaging, and profile pictures, but the PIN element really makes BlackBerry Messenger unique.

Of course, the system isn’t flawless. For one, dealing with a string of cryptic letters and numbers isn’t quite as friendly as a username (though QR code scanning and NFC sure do help). Then there’s always the issue of others sharing your PIN without permission. Sure, you can always block or ignore unwanted requests, but it can still be an awkward position to deal with.

Swapping PINs is something of a curiosity in the grand scheme of social networking, but it’s still very much alive. Seeing as BBM Channels are using the PIN system as well, it’s clearly a facet of the culture that isn’t going to disappear any time soon. How do you guys feel about the PIN-based set-up in BlackBerry Messenger? Is there a specific time it's worked to your advantage? Are there times you wish BBM would have a more traditional feature set? Do you spend a lot of time advertising your personal or channel PIN? Do you connect with others that do?