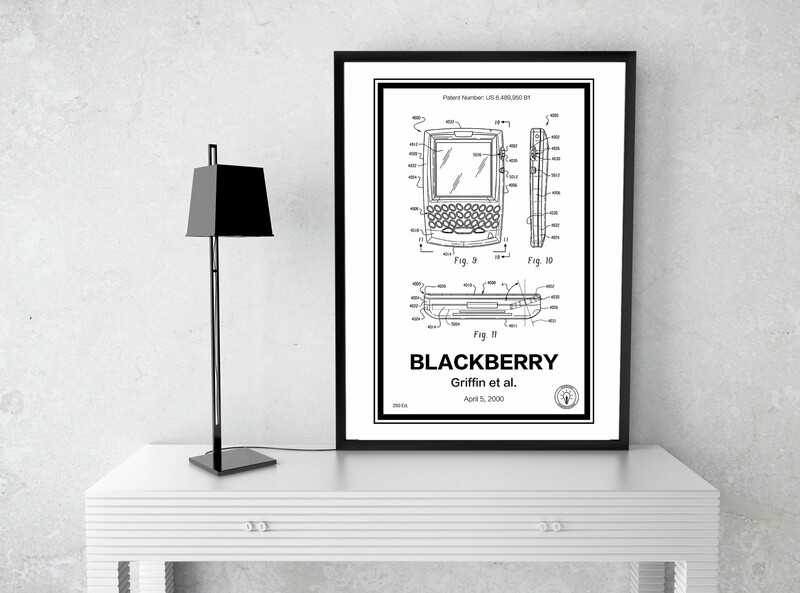 While scrolling through our CrackBerry Slack channel this morning, I happened to notice Adam had dropped a link to what appeared to be a patent site seemingly showing off a BlackBerry patent. To my surprise, it wasn't really a patent site at all but rather a shop, called Retro Patents, where you could buy prints of patents to be used as posters. The one he had linked to was the very first BlackBerry patent.

In 1999, RIM introduced the BlackBerry 850 pager. Named in reference to the resemblance of its keyboard's keys to the druplets of the blackberry fruit, the device could receive push email from a Microsoft Exchange Server using its complementary server software, BlackBerry Enterprise Server (BES). The introduction of the BlackBerry set the stage for future enterprise-oriented products from the company, such as the BlackBerry 957 in April 2000 which was the first BlackBerry smartphone.

This patent titled 'Hand Held Electronic Device with Auxiliary Input Device' was filed on the 5th of April, 2000. The device is described as having a "keyboard, thumbwheel, display and associated software" which optimized for the use of the device with thumbs!