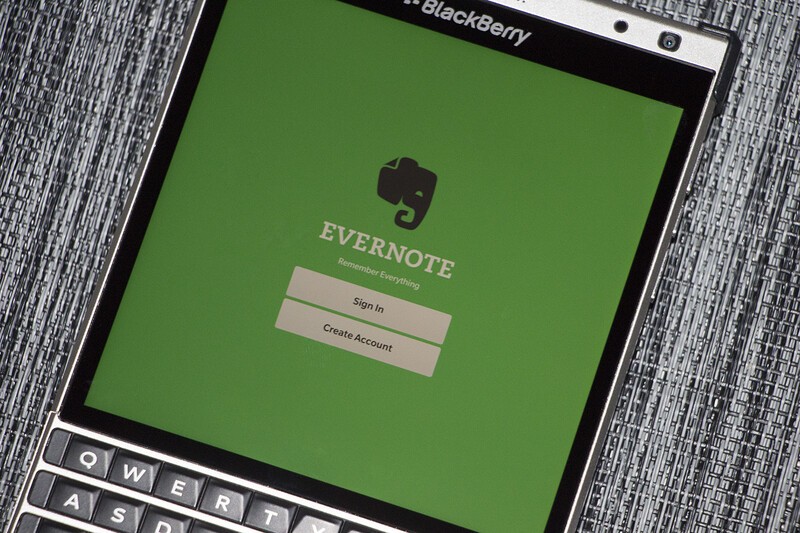 A little bit of sad news for those of you out there who are using Evernote on BlackBerry 10. As per emails being sent out from Evernote today, and support documents posted to their site, Evernote will discontinue support for Evernote for BlackBerry 10 as of June 29.

On June 29, 2017, Evernote will discontinue support for Evernote for BlackBerry and Windows Phone. These apps will no longer be available for download and we won't be making any further updates. Customers who currently use these apps may continue to do so.

What will happen on June 29?

On June 29, Evernote for BlackBerry and Windows Phone will be removed from their respective app stores. While we are not planning to turn these apps off, existing features or functionalities may stop working in the future.

Why is Evernote discontinuing support for Evernote for BlackBerry and Windows Phone?

As we focus on our core products, we have to make some difficult decisions. Evernote for BlackBerry and Windows Phone are two products that we've decided to discontinue in order to invest more time and efforts in developing and supporting new features and functionality in our other mobile apps: Evernote for Android and Evernote for iPhone, iPad, and iPod touch.

Folks concerned about their notes won't have to worry about them disappearing. As Evernote states, 'Any notes you've saved and synced to Evernote will always be available on any web browser and other devices where you have Evernote installed.'

Of course, those who have already moved to an Android-based BlackBerry such Priv, DTEK50, DTEK60, and KEYone won't have to worry about these changes as they make use fo the Android version of Evernote, which remains supported.