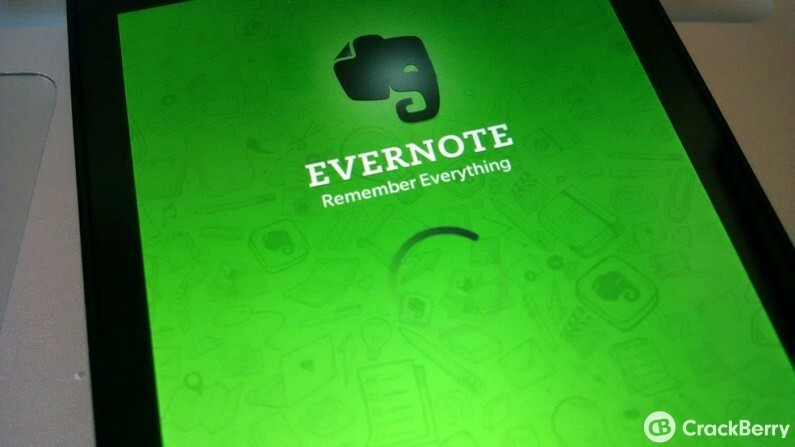 It was only a couple of weeks ago that Evernote received an update for BlackBerry 10 devices. That version v5.5.1.561 was only a small one offering up some fixes and improvements.

It's pretty much the same this time around too with v5.5.2.587, although as well as enhancements we also get a faster launch of the app. Not being a user myself I hadn't noticed any lag, but clearly someone had so it's once again great to see the dev team jumping on a fix as soon as possible.

So this post is really just a heads up. If you're an Evernote user head on over to BlackBerry World and see if the update is there for you.