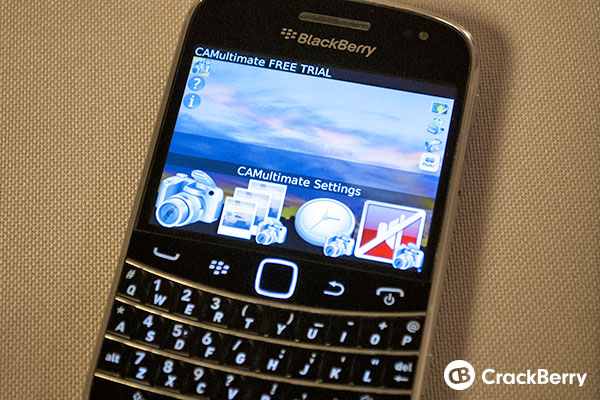 We know the blogs have been pretty saturated with news, tips & tricks, and how-tos for the new BlackBerry 10 OS and the BlackBerry Z10, and some of you that haven't upgraded yet or don't plan to are feeling a little left out. (I can't blame you for feeling that way. As of this writing I don't have my Z10 either!) To show that you guys aren't forgotten, the great developers over at Prettyfang have decided to give non-BlackBerry 10 owners some love by giving away 30 copies of their super cool app, CAMultimate Camera Tools. If you're not familiar with it, keep reading to find out what it's all about, and if you'd like to try to win a free copy, check out how to enter below.

The Pro Edition of the CAMultimate Camera Tools runs a reasonable $2.99, and Prettyfang has just released a trial version that will give you 3 days to try out some of the most popular features. Each version and more information about each can be found at their respective links below.

As we mentioned, we have 30 copies of the Pro Edition to give away to our fantastic readers that are still on OS 6-7. If you have already upgraded to BlackBerry 10, this contest is not for you as the app won't work. To enter leave a comment below letting us know why you want to try out this app. If you have Facebook, show our friends at Prettyfang a bit of love for their generosity and head on over and give their page a 'like' as well. The contest will end this Sunday at midnight, so don't delay and enter now!