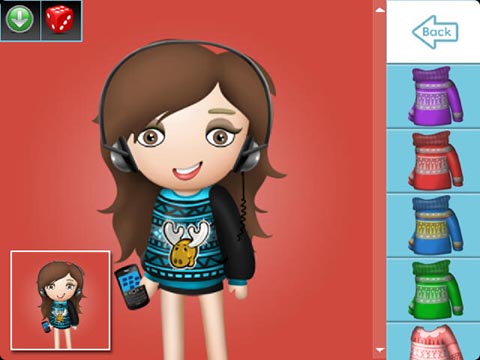 Research In Motion is having another fan night, this one in New York City, and if you're interested in attending you can enter to win tickets and some awesome prizes. All you have to do to enter is download the free BlackBerry Avatar Builder from App World, and install the Ugly Sweater Expansion pack. Create your avatar complete with ugly sweater, and tweet it to @BlackBerry (make sure you're following them!) with the hashtag #BBMUglySweater and what BlackBerry item you're wishing for this Christmas. You can enter up to 10 times, but all entries must be in by midnight tonight (December 9, 2011).

At the end of the contest, judges will evaluate all entries based on creativity, relevance, and overall impression and narrow it down to 30 finalists, who will be contacted via Twitter. Winners will receive 2 tickets to the #BBMUglySweater Fan Night Event being held at the Silver Aspen Social Club in New York City on December 21st. While there, the winners will also receive a BlackBerry 7 device and a prize pack full of BlackBerry schwag. If you win, you're responsible for your own travel arrangements, and in order to get the BlackBerry and prize pack you must be in attendance. More details can be found on the @BlackBerry Twitter account, and Official Contest Rules at the link below. Good luck to all that enter!