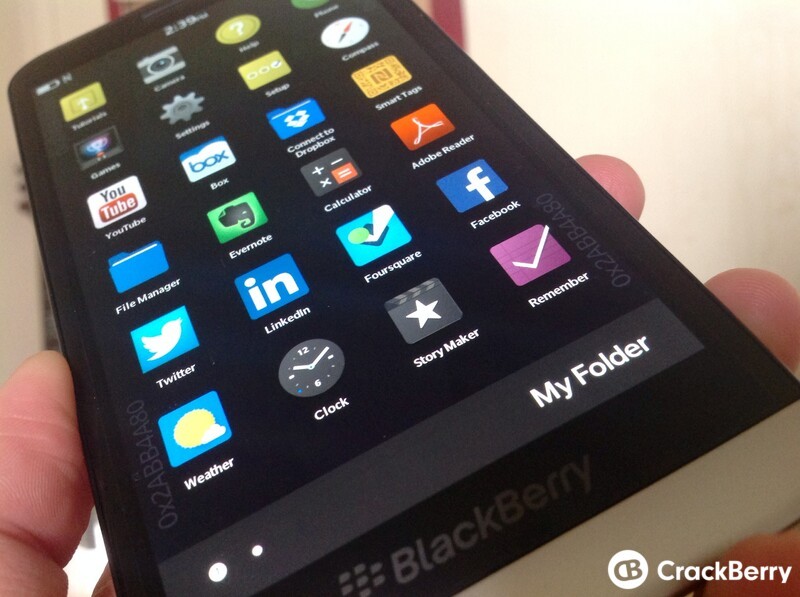 I am one who likes to organize icons on the Homescreen. For the most part I make use of Folders. One thing about folders in BlackBerry 10 is that you were limited to the amount on space on screen. Not great for those with QWERTY-devices as it meant you could only fit a maximum of 12 apps into a folder. On a Z30 this could increase to 20 apps in a folder. This will be no more as BlackBerry 10.3 will be bringing Endless Folders.

Since the beginning of the week Michael Clewley has been giving us sneak peeks into what is coming on OS 10.3. We saw yesterday that icons are getting a flat UI design and the grey box around apps is also disappearing. Endless Folders is the next sneak peek we are being shown.

As you can see from the screenshot you can see how many 'pages' of apps you have in a folder. You can also see more new icon designs in that screen shot too.

I am really glad to see the arrival of Endless Folders. I kind of wish it would come sooner. We'll keep you posted on more as Michael Clewley posts to his BBM Channel. You can also follow him, if you're not already - C00014277.