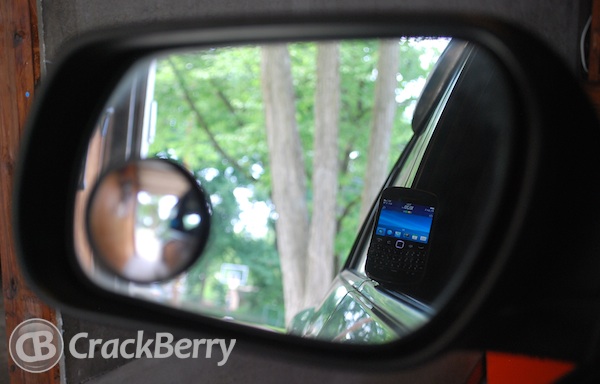 Mobihand this evening announced and immediately discontinued their services. Long time BlackBerry owners and readers of CrackBerry will be familiar with Mobihand. They've been around over eight years in the industry as an independent storefront for mobile applications, powering numerous app stores including that of the CrackBerry App Store.

Here's the announcement from Mobihand, which can also be found on their website:

What a fabulous ride we had!

From San Francisco to Indonesia, from Brazil to Moscow, for eight years we served millions of worldwide customers with their app needs and delivered hundreds of millions of downloads.

We enjoyed the rise of many different platforms. BlackBerry and then Android were the biggest. And we suffered through the fall of others. Goodbye Palm and maybe BlackBerry?

Remember when we downloaded apps onto a PC and then sideloaded them through a cable to our phones? Today, our apps are discovered, downloaded and updated with very little effort right onto our devices (phones and tablets that we could not have imagined when we started). We are proud to have pioneered many of the innovations that all mobile users enjoy today.

We lived through all of these changes, including the entry of some very large companies into the app industry. These companies changed the industry with their massive resources and easy access to existing customers (which some of them vigorously protect by closing their app systems).

Domination of mobile app distribution by a relatively small number of large companies has made participation increasingly difficult for independent app distributors. While it was very hard to reach this decision, we have concluded that we have to discontinue our current services. We can only hope that the assets we built over the years will find a new purpose.

Thank you for the opportunity to serve you over all these years.

P.S. Customer accounts will be accessible for a few more days. Customers will be able to re-download purchased apps or get their activation codes, but no upgrades, new codes, or swaps will be available.

It's sad news for sure. Before there was BlackBerry App World or even Apple's App Store, there was Mobihand, bringing together developers and app hungry smartphone owners worldwide. It does appear that Mobihand as a company will continue though, but that their business in running app stores has come to an end.

We were definitely caught by the suddenness of Mobihand's decision to pull support on their app stores, though it's not a surprise that eventually this would happen for BlackBerry users. Unlike BlackBerry Smartphone java apps of the past, PlayBook apps and future BlackBerry 10 apps have to be installed via App World.

On CrackBerry, we've kept the CrackBerry App Store alive to support legacy users, but for almost a year now have not actively promoted it. For example, all app links on blog posts point to App World instead of the CrackBerry App Store, and even on our site navigation our Apps link has pointed to app blog posts instead of the App store, which previously was the case. With these actions, new app sales have been very limited as we refer readers and potential app customers to App World instead.

Legacy customers who have apps they have purchased via Mobihand and want to continue to use for the foreseeable future will want to take action ASAP. Mobihand is allowing customers to still login to their accounts for the next few days, from which previously-purchased apps can be downloaded, or activation codes obtained. Beyond this though, Mobihand will be closing down that access. This means you won't be able to download previously-purchased apps or get upgrades through Mobihand (sucks, we know).

If BlackBerry App World gave developers the option to issue coupon codes (ironically, a feature Mobihand has had forever), we think a lot of BlackBerry developers out there would issue previous Mobihand customers their apps again via App World if requested. With that functionality not yet in place in App World, the best thing to do is download your .jad files for backup and be sure to save your serial numbers / activation codes.

So that's where things are at as of this moment. If we learn anything else relevant to the situation, we'll be sure to report it. Thanks for the understanding, patience and ongoing support.