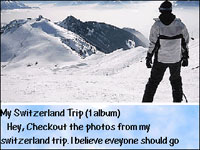 The popular software Empower HTML Email Viewer Pro is a hot seller in our store... And we have a quick update to report on it.

We've received word that the developers of Empower have notified beta testers about some bug fixes and new WiFi capabilities. Granted, I'm not sure WiFi is really needed in an app like this... All the same it is good to see developers embracing WiFi as it is surely the way things are going to go in the future.

The new version is slated for release on January 31st. We'll keep an eye on it and let you know when the update hits our store. Updates are typically free to existing owners, so if you already own it (or want to buy it between now and the 31st) the new updates will come your way for free. Should be interesting to see what they've built-in!