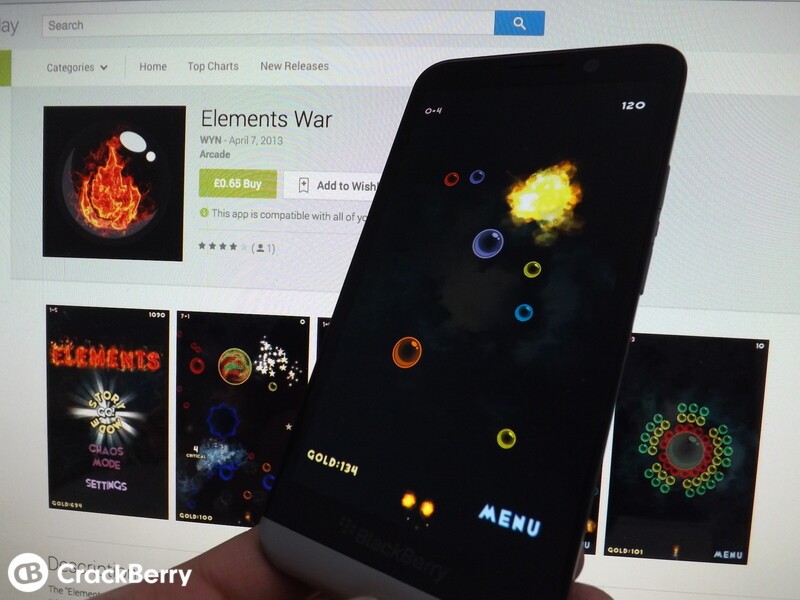 Another beauty has appeared today as Amazon's 'free app of the day' and it goes by the name of Elements War. It's not a game I've heard of before and it's kind of hard to explain but here goes my best shot. Or just jump into the Amazon Appstore and grab it for yourself.

Elements War is described in Google Play as being a chain reaction game and that's pretty much what happens. You'll see a bunch of bubbles appear on screen and as they float about you need to tap the display to create an explosion to destroy them. The idea is for you to blow up all the bubbles by using the least number of explosions. That pretty much sums it up - not the best description I'm sure, but that's as good as you're getting.

There are different size bubbles in different levels and depending on how the bubbles are positioned will depict the chain of explosions. On some levels the bubbles may be static and all joined together - which makes life easier.

As you progress there's actually some nice variation, so the game doesn't get boring. For a paid game this one's pretty sweet. With it being free today it's well worthy of earning a place on your BlackBerry 10 smartphone.

I've not tried this one our on a Q series device so if you do and it works please sound off in the comments? Also please let other users know if the game is featured in your country? Sometimes with Amazon's free app of the day it varies upon region.

How to install Android apps using the Amazon Appstore