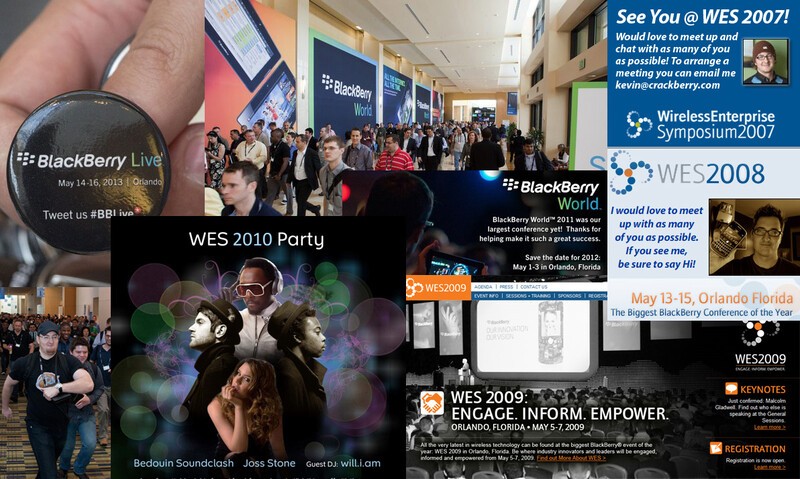 BlackBerry's new leadership team made the decision this year to cancel BlackBerry Live 2014, instead putting that budget into BlackBerry Experience events which are taking place around the globe. I don't disagree with the change in tactic - it totally makes sense to take the show on the road and go to where the people you're trying to reach are at.

That said, I can't help but feel a little sad right now. Seven years straight is a solid track record. This conference was my ritual. It was my annual BlackBerry pilgrimage, not just for me, but for soooooooo many other BlackBerry people. Over the years I've met and made friends with hundreds of amazing individuals at this conference. Every year I look forward to seeing the friendly faces of my BlackBerry-minded cohorts and more importantly, catching up over drinks to see how everybody survived the past year. Sure, I always appreciated the announcements and sessions and parties and food and trips to Universal, but the best part of this conference was always the people. That's what I'm missing most right now.

I did spend a few days earlier this year (after word dropped that BlackBerry Live was cancelled) doing some preliminary investigating into maybe getting a CrackBerry conference of our own up and running to fill in the void, but the undertaking wasn't proving feasible as I gathered all the data. Given the short notice on timing we had to make a yay or nay decision, so for this year it was a nay. I'm hoping BlackBerry brings back a conference of some sort for next year, or at least finds a way to put on a big consumer-focused event one evening. I do think getting the BlackBerry tribe together every so often is needed. Maybe at a minimum we can get a CrackBerry meet-up happening in the near future. Let me sleep on that...

If you've ever been to a BlackBerry Live, BlackBerry World or WES, be sure to share your favorite memories in the comments!