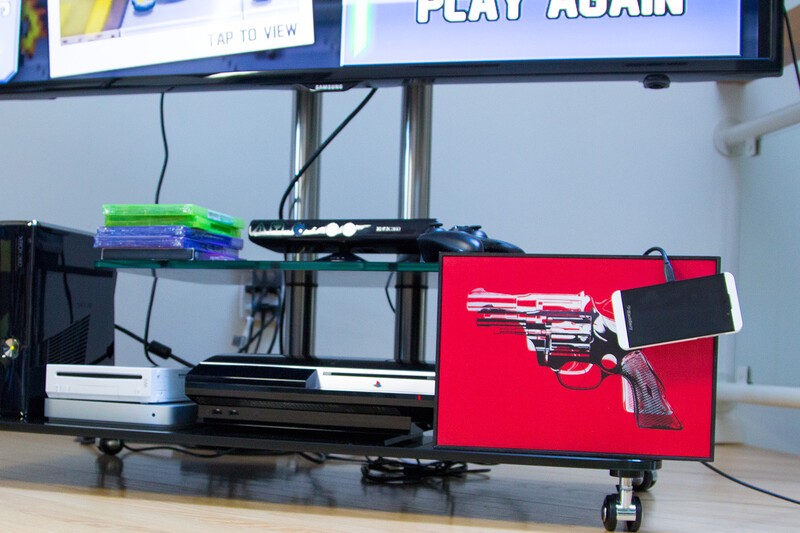 As I write this blog post I'm *really* excited for FOUR reasons. I know, I know, we have been keeping with the TEN theme around here in honor of BlackBerry 10, but I'm telling you straight... there are precisely four things happening right now that have me really excited for the next seven days. And for my From the Editor's Desk post this week, I'm going to quickly touch on each of them.

1. The BlackBerry Q10 is finally going to start hitting people's hands in the USA

FINALLY. I am so glad the BlackBerry Q10 will start getting into the hands of American consumers. They have waited long enough. It's been interesting / weird / a little painful to watch the roll out of BlackBerry 10 phones. Things have actually been pretty smooth from what I can tell - the "painful" comment is simply in reference to those who have had to wait much longer than ever anticipated. I feel your pain.

Thinking back to the sit down interview I had with CEO Thorsten Heins and CMO Frank Boulben last July, the BlackBerry 10 rollout seemed so brilliantly simple - announce both the full touch and full qwerty at the same time, along with release dates that were just a few weeks apart. The announcement happened as predicted, but the rollout has been much more staggered around the globe than I initially thought it would be, with the US taking the back seat to many other countries and carriers. I could go off into the why of it all, but at this point I'm just excited the Q10 will finally be landing in the good 'ol US of A.

We promised we'll keep the BB10 launch fun going, and we'll be sticking to that promise. Expect to see lots of Q10 get up and running posts over the next few weeks.

Earlier this week we announced what all that #TM13 teasing was all about. TM13 = Talk Mobile 2013, and it launches online Monday, June 3rd. If you're not up to speed on it yet, watch the trailer video, hit up the press release and if you want to know every detail, listen to this podcast.

Talk Mobile is running as an event across our sites for the next several months. We're covering ten topics in mobile, and deep diving into them together. This week the topic is Mobile Gaming, so each day you'll see one Talk Mobile feature article hit the site diving into a different theme related to Mobile Gaming. The photo at the top of this post is a hint as to what day one is about. Any guesses?

A lot of prep work has gone into Talk Mobile prep, so the whole team is excited to see this finally launch. Be sure to hit up the site tomorrow and click through on the first Talk Mobile feature - I think you'll all be really happy at the quality of the production we're putting into it. And of course, the whole point of Talk Mobile is to get the community into the conversation, so I hope to be chatting with you in the comments on that post!

I'm flying back to NYC this week for a few days. Reason one - I want to take in some Q10 launch fun. Reason 2 - Thursday night we're holding a launch party for Talk Mobile. Our NYC CrackBerry Meetup two months ago was Epic. This... this... I don't know... it's going to be even. more Epic-er. Or something like that.

If you RSVP'd, I'll be seeing you there. For those who have been asking on dress code, "smart casual" is probably a solid description. In other words, be comfortable... look and feel good.

The RSVPs for this one went crazy fast. If you're still wanting to go but we're not able to grab a ticket, be sure to visit the Eventbrite RSVP page frequently. Over the next few days we'll release a few last bonus tickets we held in reserve.

From NYC I'll be flying directly to Montreal bright and early Friday morning to take in the Canadian Grand Prix action this weekend. I love Formula 1, so having BlackBerry now in the sport as a sponsor makes it all the better to be a fan.

Oh yeah, and don't forget - until race day we're giving CrackBerry readers a chance to get in the contest to win a 24ct Gold BlackBerry Q10. If you haven't entered yet, do it now!

Ok, that's it for this one. It's going to be a good week, so be sure to keep it locked to CrackBerry. Let the fun begin!