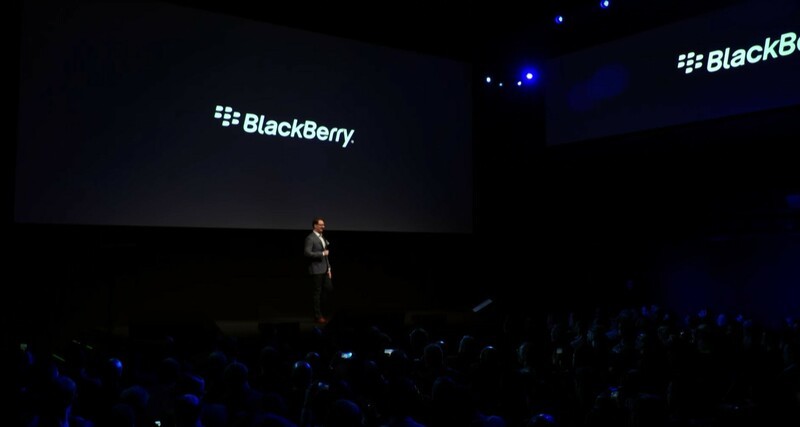 If you're reading this and have been following along all month as we celebrate 10 Years of CrackBerry, you understand that it's been a crazy couple of days.

A lot has happened in the past 48 hours. The BlackBerry "Mercury" was officially unveiled as the BlackBerry KEYone, at an event I had the honor of participating in. And we celebrated our 10th anniversary in style with an awesome meetup, with 10 CrackBerry Members we surprised and flew in from around the world joining in on the festivities. I could write thousands upon thousands of words about both of these events, but instead I'm saving that for our next CrackBerry Podcast.

To keep things semi-efficient, I'll do a quick-ish brain dump of thoughts going through my head at the moment. It's after 3am here in Barcelona, and I need to get caught up on some sleep :)

On the BlackBerry KEYone Keynote:

Reading through the comments to some of the articles on the site, few things to address here since we have such a VOCAL community that never holds back their feedback (good or bad):

Overall, the vibe from all of the attendees at the KEYone launch event and party was really, really positive. It's important to remember/understand that for BlackBerry Mobile this was primarily designed as a press event for journalists in attendance at Mobile World Congress (this wasn't a consumer event). The venue was packed, and the presence and response from media was HUGE! All the big outlets were represented, and then some.

The keynote was super fast and efficient, which all the attendees I spoke to loved — it allowed them to get to the hands-on area ASAP; going hands-on with the phones is what everybody is there for anyway. Nobody who goes to these events all the time wants to sit through 90 minutes of blah blah blah. BlackBerry Mobile was super smart to set up "light boxes" for journalists to use so they could get awesome photos of the phone without the crazy mood lighting you typically see throwing off photos.

I'm still catching up on the coverage from the event, but there's been a lot of coverage around the world about the KEYone. As a fan, it's just fantastic to see. BlackBerry has been a bit of a forgotten brand lately, but it feels like this event was exactly the kickstart BlackBerry Mobile needed. Now that it's out there, the real work begins for them on marketing and sales and driving purchase intent. The great news is that the KEYone is a GREAT phone, and this event was just the beginning of the push.

Being Up On Stage

Was a fun experience to be part of, and being around the event venue all day for the lead up gave me a new respect and appreciation for the work that goes into pulling off an event of this nature. It's stressful. It's crazy. And despite tons of planning in advance, unexpected things pop up that need to be dealt with.

As for my performance, getting off stage I gave myself a 7/10, but after re-watching the replay I lowered it to a 5.5/10. For an event like this you have to follow the script (there's too much that can go sideways quick if you go off track), and though I had my lines memorized, with the limited time I had to get used to the stage the teleprompters ended up setting my tone/pace). If I ever do something like that again, I'll approach it differently. As you all know, I'm much more of an off-the-cuff natural talker than the scripted/polished presenter type. And definitely, should have had the button undone on my sports coat! With microphone held up, it rode up a bit and definitely made my top half look a little blimpy (which is annoying 'cuz I'm actually trending skinnier right now!). That said, my shoes were frick'n amazing.

And, in case you were wondering, YES I really thought about finishing the keynote by doing a Mic drop and yelling KEVIN OUT before running off stage, but I held back the urge. :)

Since BlackBerry Mobile wasn't planning on livestreaming the event, we jumped in to run one as I knew so many of you would want to see it. In terms of start time, things actually kicked off right on schedule. While the event start time was 7pm for attendees the actual show start was planned to be 7:20pm. We started the livestream at around 6:55 knowing the first 20 minutes or so would be people filling up room (that's why we'd have the live blog/chat going as well to fill up that time). In reality, as soon as the last attendees were seated the show started almost immediately. As for the livestream, we had a really good crew there running it, ran a few tests during the day that were all successful, and then during the livestream YouTube decided to throw us an error that interrupted the stream (still trying to figure out exactly where that glitched). Was nothing local on our end. Total apologies for that to everybody watching live. Good news is we turned around right away with the replay and got it up on YouTube asap for everyone to watch. Views on it have been really solid too!

It really was an honor to be asked by BlackBerry Mobile to participate in the KEYone launch event. The best part of it all was getting to meet so many members of the BlackBerry Mobile team. As TCL Communication CEO Nicolas Zibell mentioned on stage, this a brand new team that they're assembling. Everybody I met was incredibly passionate about what they were doing - watching everybody hustle during the day and party when the night was all over reminded me of BlackBerry during its best days. To see this again makes me incredibly hopeful that we'll see great things from the team (building such a solid phone like KEYone is a NICE start).

On the KEYone Name

On the AMAZINGNESS of BlackBerry Fans and CrackBerry Members

We'll have to dedicate a separate follow-up article and podcast to this, but I just want to quickly say how awesome it was to be able to fly in several CrackBerry members to be there to celebrate our 10th anniversary and attend the KEYone launch event in person. Everyone bonded immediately and had a fantastic time (everybody is flying home now so they can chime in with their thoughts once back). We also had many more BlackBerry fans join us who were local and/or traveled in on their own.

BlackBerry Mobile took care of the fans as well, with BlackBerry VIP passes to the press event which put them right up at the front of the venue. Too awesome.

I'll be heading home from Barcelona with a KEYone in hand, so you'll see a ton of KEYone content from me over the weeks ahead. Hopefully, it'll help pass the time more quickly until you can buy one for yourself.

And the KEYone stands out so much from all the boring full touchscreen slab phones out there. And in the couple days I've now used it I can really say it's a no compromise BlackBerry. Running on Android, I finally have the app ecosystem I need and it's also giving me the features of BlackBerry I've always loved.

Many more thoughts coming your way in the days and weeks ahead.

In the meantime, I need to catch up on some Zzzzz's.