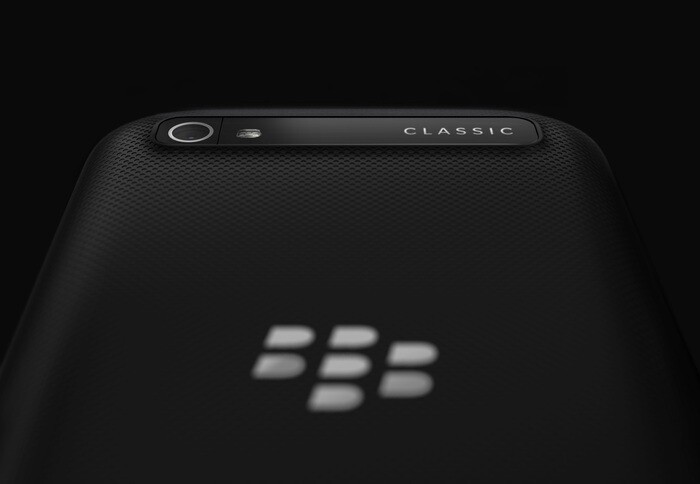 February 25th, 2014 at Mobile World Congress in Barcelona. That's when BlackBerry announced they would be releasing a keyboard phone with the classic trackpad and function keys, better known at that time as the BlackBerry Q20. Since then, the device has gone through a bit of a branding change, arguably for the better, thanks to BlackBerry Executive Chairman and CEO John Chen and it will be launched as intended on December 17th at events held in New York, Singapore and Frankfurt.

At the time of the original announcement, John Chen noted in the press release: "In my first 90 days on the job, I consistently heard from our ardent BlackBerry customers that the hard buttons and trackpad are an essential part of the BlackBerry QWERTY experience, that made their BlackBerry smartphone their go-to productivity tool. I want these customers to know that we heard them, and this new smartphone will be for them", since then the need for the BlackBerry Classic to even exist has been heavily debated with strong arguments from those both for and against the device.

There's another set of customers to consider as well and that's those BlackBerry customers who are already using a BlackBerry 10 device and will be making the switch to the BlackBerry Classic because of the 'classic' offerings. Granted that audience might be smaller but they do exist, and they all count towards the number of device sales for BlackBerry, and some strong hardware sales are always a good thing to see.

As this is a 'From the Editor's Desk' post and not a BlackBerry Classic review, I'll save my feelings on the device for a later time, but let me just say this. No matter where you stand on the BlackBerry Classic, it's an exciting time for BlackBerry and BlackBerry customers who have been waiting for the Classic and we'll be there in New York for the event. Even though it hasn't been announced yet, it looks as though BlackBerry will be streaming the event as they have for the past few events, so I invite you all to join us on December 17th for the live blog, chat and all the latest news! Until then, sound off in the comments with your thoughts about the BlackBerry Classic. Will you be getting one? Do you love the toolbelt being back? Are you over the toolbelt and sticking with a different BlackBerry 10 device? Have at it.