It's Saturday morning, as I type this. Yesterday evening I returned home from my annual pilgrimage to Waterloo, where I attended BlackBerry's shareholder AGM and visited BB HQ.

As you may have noticed, other than our AGM live blog this week, I haven't personally followed up with any articles yet. The reason for this is simply a lack of free time. My itinerary had me going non-stop all week and I simply have not had the time to sit down and write.

The good news is, I accomplished what I set out to do this year - go to Waterloo armed with the collective thoughts, concerns and solutions of the CrackBerry / BlackBerry community and share them with everybody we could. And yes, we even managed to share them directly with BlackBerry CEO, Thorsten Heins. As you can imagine, everybody is working full tilt at BlackBerry HQ and sit down time with the media was not on Heins' calendar this week, but he came to the office even earlier than normal the morning following the AGM and made the time to speak with and listen to us.

Simon has followed up with a couple articles coming out of this time spent together already (PlayBook talk, Trackpad talk), and we have a lot more coming over the next few days. But before I moved on to doing my follow-up content, the first thing I did this morning was go back and watch the From the Editor's Desk video I posted almost a year ago to the day after I returned from my AGM trip to Waterloo last year (embedded with this post). 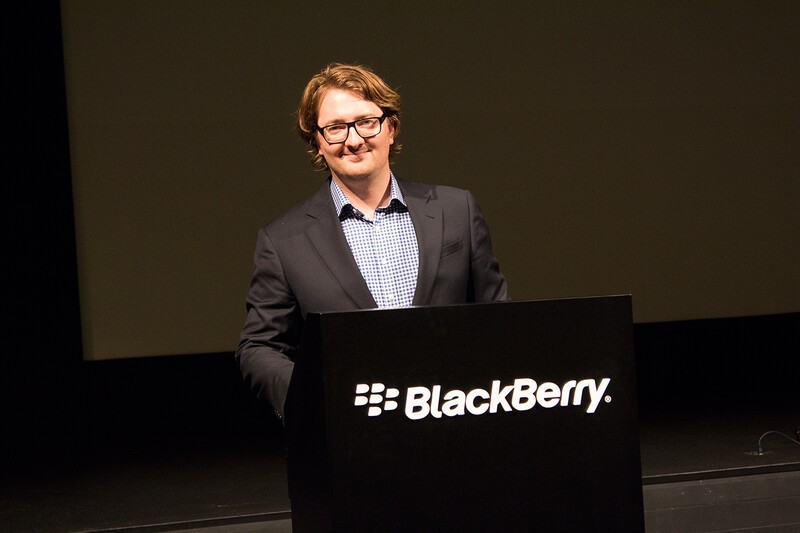 It's worth watching again (do it, do it now!), as I think it helps better put into context all of the content we're covering post-AGM this year. Remember, heading to the AGM last year we were at an all-time LOW point in BlackBerry history. After already waiting forever for BB10, it had been announced that the launch would be delayed until 2013. And given where the share price was at, BlackBerry sentiment was extremely negative in both the media and on Wall Street, with most people thinking BlackBerry 10 would never even come to market. Hell, even I was depressed about the state of things.

But after that trip, I came home and wrote a post titled From the Editor's Desk: Goodbye Waterloo, Faith Restored, Lets Get it Done! Given where things were at then, that was an extremely bold post to make (and a lot of people laughed at the positivity in it), but all things considered - it was on the money. BlackBerry did get it done and BlackBerry 10 -- against the odds -- came to market.

That all said, now that BlackBerry 10 is here it's clear there is still a lot of work to be done. The community has been vocal about that. And this year on our trip to Waterloo, I was very vocal about it too. This wasn't a week about fanboy CrackBerry Kevin standing in front of a RIM sign hopped up on BlackBerry-flavored Kool-Aid wearing a homemade t-shirt. Rather, it was CrackBerry Kevin -- champion for BlackBerry -- doing what he could to help BlackBerry users and fans ensure the company, brand and product they love will continue to meet and exceed the expectations we have for them.