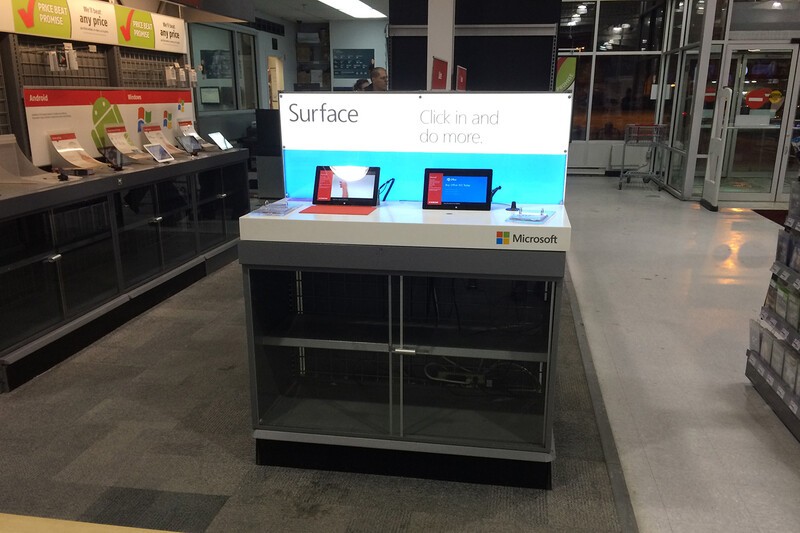 I had one thing on my must-do list for tonight... and that was to get out of my house and go buy our Community Webmaster @ttkaminski a Microsoft Surface tablet. He needs to get his hands on one asap for site testing purposes.

I thought it would be an easy task. But HELL NO. Turns out all those Holiday Gift Guides actually work. I couldn't find a Surface or Surface Pro tablet anywhere in Peg City tonight. While shopping and dismayed by the empty shelves under the Surface demo units, I messaged our Windows Phone Central's guys on their GroupMe group, and they informed me that "yeah... Surface tablets sold pretty well over the holidays".

Giving up on buying the tablet I was running around store to store to find, I decided that since I'm already out of the house and in a shopping mood that I might as well buy myself something instead. I have no shortage of phones kicking around, so it would be a gadget of another flavor that I would go after.

I decided that I'd buy myself a Nest thermostat. With Google buying Nest for $3.2 billion, our Android Central editor @philnickinson just ran out bought one on Monday, and I've been meaning too, so figured why not, I'll get myself a Nest. Nope. Sold out.

Ok, Nest will have to wait. I'm going to buy myself an Xbox One. I mean, @daniel_rubino keeps telling me he wants to experience a cold Canadian winter, so he'll be visiting me in Winterpeg in a few weeks. It's in Dan's contract that if he's anywhere for more than 72 hours he must have an Xbox console with him (and a bottle of Laphroaig). So ok, fine, I'll buy an Xbox One. Errr. Nope. Sold out.

Fine. I struck out on the Xbox one. Maybe a PS4?

The sales guy laughed at me.

OK. I know who won't let me down. My beloved Sonos. I already have a pimp'n Sonos setup in my pad, but I've been thinking about getting Play 1s for the bathrooms. I knew Sonos wouldn't let me down. I'm always able to walk in and pick out what I want.

Apparently Sonos had an amazing Christmas season. I noticed a lot more *other* WiFi connected speaker systems on the store shelves, but the presence of new competition just drove more sales for Sonos, who's well established. The sales guy told me that 135 Play1 speakers were now on route to the store, but they had none they could sell me tonight.

At this point another sales guy came up and asked if he could help me. I told him I wished that he could -- I had money burning a hole in my pocket -- but he was out of inventory on **everything** I wanted to buy. I ended up driving home buying NOTHING.

Now I'm going to do what I should have just done before. Kick up my feet, turn on some music, sip a nice bedtime tea, and do my shopping online.

Thank god for the Internet.