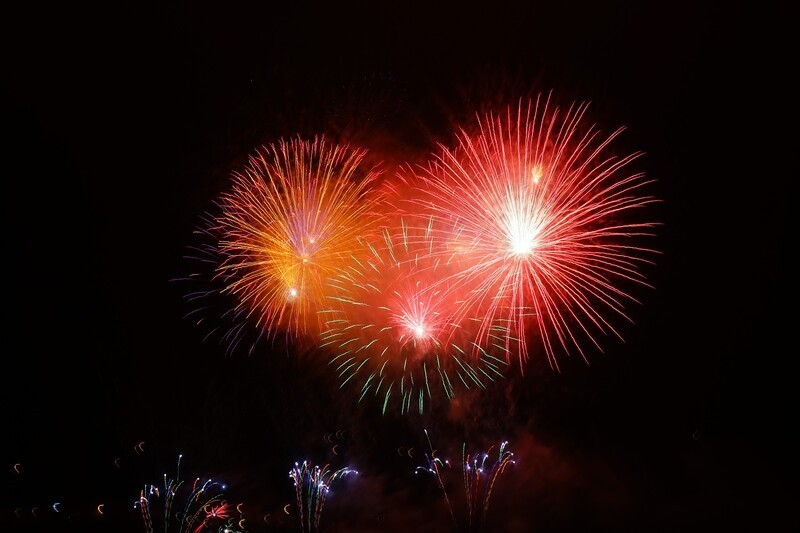 As usual, this month kicked off with Canada Day celebrations, which this year was extra special as it was the 150th anniversary of Canada. Across all of Canada, there were special events being held to honor the occasion. From a BlackBerry perspective, BlackBerry CEO John Chen took the time to write up a great post on the Inside BlackBerry blog highlighting the fact that even with BlackBerry's Global expansion, the company remains headquartered in Waterloo and their investment in Canada and Canadian innovation will continue.

Of course, Canada Day comes before Independence Day on July 4th in the United States. A day full of fireworks, parades, great food and plenty of celebration. As the two holidays follow each other, I've always viewed them as a time to take a break from everyday flow of things and spend some time with the family and friends and take a few moments to reflect on what has happened in the year thus far. After all, the countdown until the new year has already begun for some folks.

With that in mind, 2017 thus far has been crazy awesome fun here at CrackBerry. Although I haven't been able to make it out to as many of the CrackBerry KEYone meetups (We've held 16 so far!!) as I would have l liked, I did manage to make it out to a couple, and it was awesome. I've always enjoyed meeting the folks who spend their time reading the blogs or hanging out in the forums. In the forums and comments, you get to know folks, but putting a face to the screen names is on whole other level, fantastically. I've always considered the CrackBerry community an extended portion of my family that I have just never met in person yet, just one big family so to everyone who has come out to the meetups, thank you!

It's a @CrackBerry reunion at Yankee Stadium. @Bla1ze @azeis and 40 @BBMobile fans watching the @NYCFC and playing with the #KEYone!! pic.twitter.com/QlLehYRv5s

Awesome crew to hang with at today's @NYCFC game. Huge thx to @BBMobile for making it happen. Fun to see #KEYone advertising come to life! pic.twitter.com/rjX62CsIe6

To close this one out, I just wanted to take a moment say that I hope everyone had a great Canada Day and to everyone celebrating Independence Day on July 4th, I hope you all have a safe and happy holiday. Take some time out to relax, have fun and spend time with your family and friends.

Bla1ze is Editor In Chief at CrackBerry and has been writing about technology since 2007. In his downtime, Bla1ze can be found playing classic NES games, watching Doctor Who or admiring almost anything with a power button. Follow @Bla1ze on Twitter & Instagram.