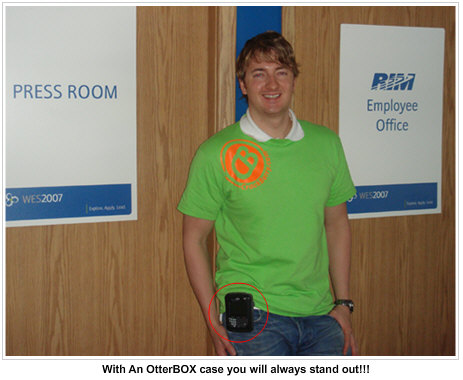 BlackBerry 10 will mark a new beginning for Research In Motion. That means for many of us CrackBerry users who upgrade to the latest BlackBerry phone as soon as it's available, it will also mark a fond farewell to the legacy BlackBerry OS.

All of us on the CrackBerry editorial team are really looking forward to BlackBerry 10. Change can often be scary, but in this case it's all excitement. Research In Motion has milked just about all they can out of the legacy BlackBerry OS, and in order to keep moving forward they need a new platform to build on for years to come.

The second video I ever uploaded to the CrackBerry youtube account back in 2007 - an impromptu OtterBox drop test for the BlackBerry 8700r...

No, it won't be everyday, but between now and the launch of BlackBerry 10 we'll be working in some of our favorite old bits of content into the blogs where we can and we'll do some looking back articles.

For those you of who are newer to BlackBerry, it'll be a chance to discover some BlackBerry and CrackBerry history you may not have been aware of. And for those of you who have been here since the beginning, you'll be like us and remember the day we first posted that story, video, photo, etc. And if you are, be sure to shout in the comments.

Ok, that's it for this week. Be sure to check out that video above... and yes, I realize I got the year wrong :)