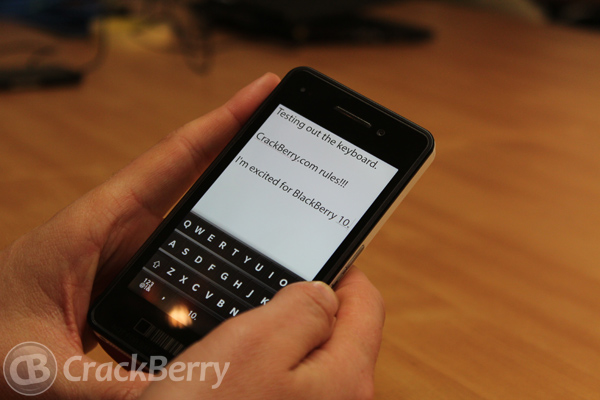 If you're an astute observer of mobile in the tech media, you may have noticed it's feeling like the tide is beginning to turn in favor of BlackBerry.

I've written before that RIM is losing out on potential sales every moment that BlackBerry 10 is not on the market. That's true. What's also true is that every day that passes is bringing us closer to that anticipated day - the day where BlackBerry 10 phones *finally* go on sale (side note - when I think about this day I always hear AC/DC's Back in Black song playing).

For a period of time a lot of people out there, including a sizable chunk of the CrackBerry community, began to lose faith that RIM would be able to execute and get BlackBerry 10 to market. With the Q1 2013 launch date still a long way out and no real evidence emerging of BlackBerry 10 phones in action beyond the limited BB10 Dev Alpha preview, it's understandable that there could be some doubt.

But that doubt is beginning to fade way and is being replaced with all out excitement. Why? Because RIM is now -- in limited fashion -- showing off BlackBerry 10 software running on BlackBerry 10 hardware, including both full touchscreen and physical keyboard versions.

Over the past two weeks we've seen new reports that carriers who have seen BB10 are enthused. We've even seen positive articles hit the web and tweets on twitter from media people that have gone hands-on. Heck, we've even seen "tech analyst" Carmi Levy, who previously called RIM dead, do a complete 180 after seeing BB10 in action and say:

"It's as impressive a demo as I've ever seen for a product at this stage in its development. It's stable, it's solid, it allows you to do more on a mobile device than you thought it could."

Awesome stuff all around, and it's the type of feedback that all of us fans who are anxiously waiting for BlackBerry 10 are excited to hear.

Now I know what you're thinking... why haven't we heard from CrackBerry about this yet? Don't worry. It's coming. Several members of the CrackBerry team have now handled the hardware and we'll be posting our hands-on preview impressions soon. Stay tuned!