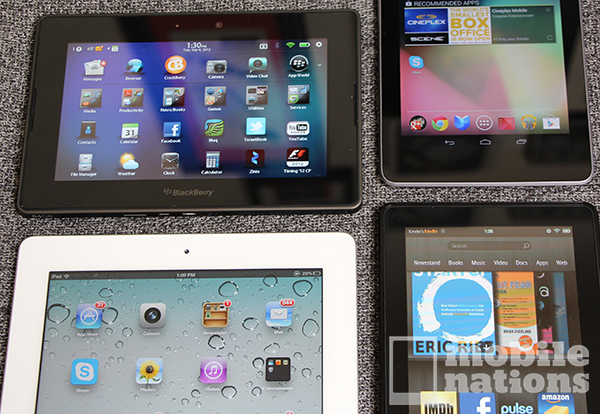 I love today. I've always viewed today -- the Tuesday following Labor Day Monday -- as the first day of what I refer to as GO TIME. Summer is over. Holidays are finished. I'm rested, rejuvenated and full of energy and ready to hustle. Over the years, whether it's been back to school or back to work, the next four months leading up to the Christmas break (where I recharge my batteries again) tend to be my busiest and most productive of the year. And today is the day that kicks it all off.

In the world of mobile technology, I mark today as a special day too. It's the start of the silly season of mobile, where news and rumors tend to get BUSY once again.

Over the summer the news tends to slow down a bit, as do all of the events us tech bloggers have to cover. But with summer behind us, things usually ramp up big time. Heck, even today things are dropping as if on queue. On the rumor side we just saw a long-awaited first "real photo" of a BlackBerry 10 phone surface. And on the event side, Apple has sent out the invites that their iPhone 5 event will be taking place next week on September 12th (kudos to our sister-site iMore for calling that day right back in July).

On CrackBerry, last week was already busy of course as we tackled our In-Depth First Impressions of BlackBerry 10 piece. If you missed it, READ IT.

Over on Android Central, the crew was reporting back like crazy from the IFA conference overseas. Heck, things are so busy for those guys that this week I'm going to be pulling some extra Mobile Nations World Tour duty and am flying to Santa Monica tomorrow to cover the Amazon event for them. The inspiration for the photo above came from my packing my suitcase for the trip... I have to take a pile of tablets with me for all the comparisons to the next generation of Kindle Fire, along with whatever else Amazon may announce.

The Kindle Fire sort of bridges platforms across our Mobile Nations sites. Even though it's built upon Android, it's not just Android phone owners that buy it (and it's so differently skinned that most people don't really think of it as Android). Being the #2 tablet out there currently, there are a lot of Apple and BlackBerry owners who also own a Kindle. So when it comes time to Thursday's event coverage, I'm thinking since I'm there we'll fire it up the live blog across all of Android Central, CrackBerry and iMore. Why not, right?! We like to keep our audiences informed, so even if you're not interested it's worth getting the Mobile Nations take on the news. It'll be a short trip more to California, but I'll be back there later this month again for BlackBerry Jam Americas. I wasn't joking about being busy.

BlackBerry 10 may be lined up for an early 2013 launch, but with the silly season of mobile now upon us I have no doubt we're going to be kept BUSY between now and then. We're ready for it. So bring it on!