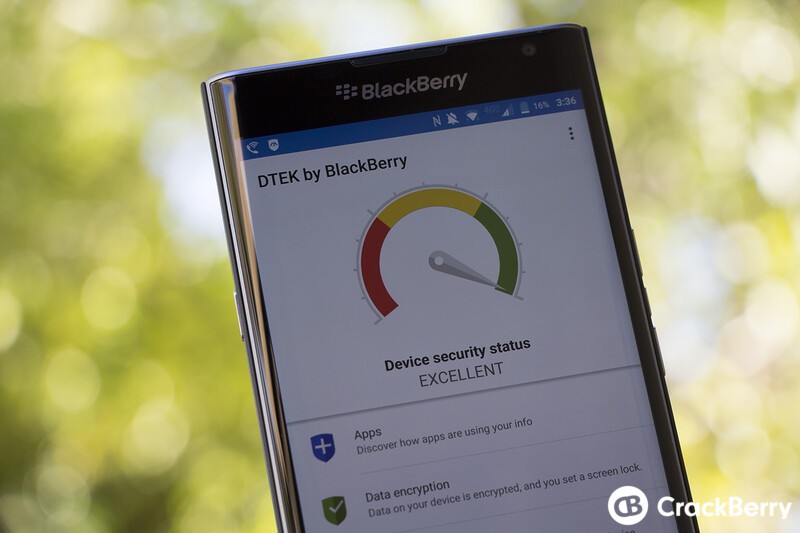 One of the core apps BlackBerry included on the Priv is DTEK by BlackBerry. DTEK automatically monitors apps and processes in real time to provide an overall security rating for your device plus, it allows you to get a visual overlook when a specific app accesses a feature on your device such as your location, or camera. Now, a new update to DTEK by BlackBerry has arrived on the Google Play Store for Priv owners.

The update doesn't appear to a huge one but it is noted to address some minor bugs found within the app, so you're going to want to go ahead and update to the latest version if you're actively using DTEK, which you should be as it's a great app for finding out how to not only secure your device further but also weed out some 'bad' apps that could be abusing their permission privileges or sucking away at your battery life.

Download DTEK by BlackBerry from the Google Play Store