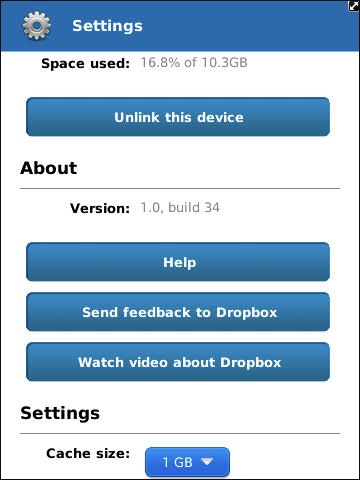 Another Dropbox for BlackBerry update has arrived. In case you missed it, version 1.0.34 is available for download. Updated from version 1.0.32 this release covers quite a few bugs that users had submitted. The full change log is below:

If you've had issues with previous releases you'll want to make sure you update. Each update seems to get better and better so be sure to fire off some feedback if you experience issues.