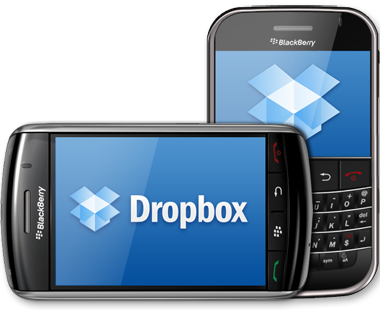 After what seemed like an endless limited beta Dropbox has finally been released for public consumption. The app can now be installed on your device totally free and allow you access to your files on the go. Dropbox is a very cool and probably one of the most easy ways to share files across platforms. Features of the app include:

If you're a Dropbox user head over to dropbox.com/anywhere to download and install the app. If you haven't yet checked out Dropbox you really should. It's totally free and totally worth it. Hit the link below for more and check out the press release after the jump.

SAN FRANCISCO, Sept. 22 /PRNewswire/ -- Dropbox, the leading provider of Internet file and document syncing and sharing services, today announced a new set of mobile apps, including updates for the company's popular iPhone, iPad and Android apps, and the first release of the new Dropbox for BlackBerry. In addition, Dropbox announced there are over 100 third party mobile applications now in market that use the company's mobile APIs to make mobile document editing, image capture, note taking and other features available to Dropbox users. Since the initial iPhone version in 2009, and iPad and Android release in May 2010, millions of people have started using Dropbox mobile apps to access their most important documents and files directly from their favorite devices, anytime and anywhere.

"In both their work and their leisure time, people increasingly use an array of Internet connected devices, and not just a single computer," says Drew Houston, co-founder and CEO of Dropbox. "Dropbox offers a common thread that ties all of these systems together, making important files and data immediately available regardless of device. Not only does this make the individual devices more useful, but this helps enable the broader industry transition towards mobile phones and tablets."

In May, Dropbox opened its API to mobile developers, allowing them to bring user files and documents directly into their mobile applications. Since then, with the growing popularity and capabilities of new mobile devices, the company has seen a surge in interest from mobile app developers. In that time, over 100 mobile applications that integrate with Dropbox have been made available.

New release of Dropbox for iPhone and iPad: As the #1 productivity app for the iPad in the App Store, Dropbox has already become a popular way to make the most of the device at home, school or work. With new iOS release of Dropbox, users will have new features and performance enhancements, including automatic offline caching for recently accessed files, support for HD video and high-resolution photo capture, numerous user interface enhancements including a new home screen and progress display, full screen landscape document viewing on iPad and the support for multitasking to allow files to upload or download in the background. This update is available for free via Apple's App Store.

New release of Dropbox for Android: Available for download via Google's App Market, Dropbox for Android has been enhanced with support for photo galleries and multi-photo upload, ability to automatically send files to Dropbox from other apps, progress bar and notifications for file transfers, and other new features and fixes.

New Dropbox App Directory: To make it easier to find and evaluate the over 100 partner applications that are built with the Dropbox API, there is a new Dropbox partner app directory now available at http://dropbox.com/apps. This directory features app information, screenshots and reviews from some of the most popular productivity app providers.

Dropbox's mobile apps, the Dropbox enabled partner apps and information on the Dropbox mobile API are available at http://www.dropbox.com/anywhere. Developers can find technical information, sample code and other resources for building apps with the Mobile API at http://developer.dropbox.com.