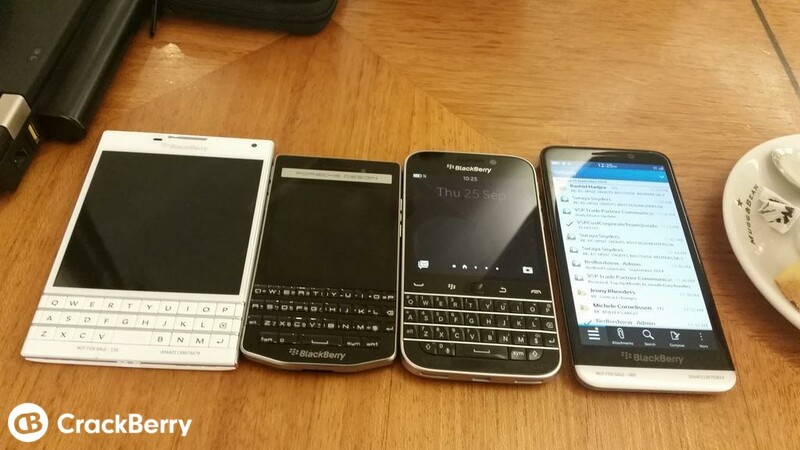 As a longtime BlackBerry addict and gadget lover in general, it's pretty rare (read: never) that I feel envious of another person's tech collection. That said, I just had one of those moments where I felt true envy.

@kevinmichaluk all the latest devices next to my good old Z30 pic.twitter.com/zyo1hVcGPP