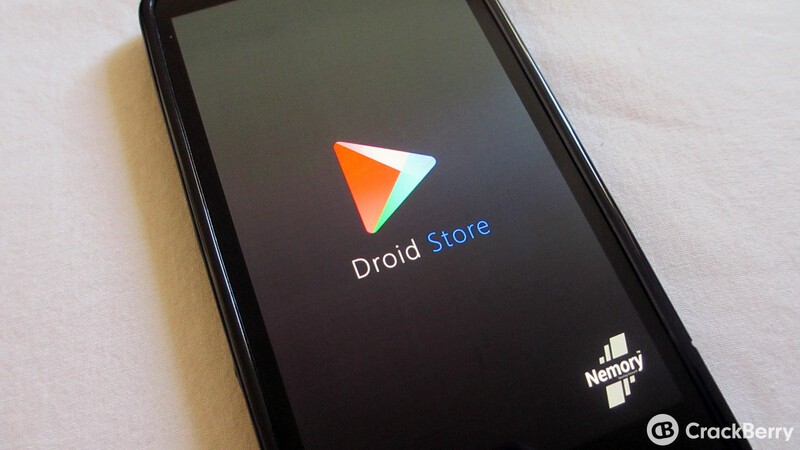 BlackBerry developers have been busy creating native apps that allow us to easily download APK files from Google Play. As you know, the recently leaked OS 10.2.1.1055 allows you to install APK files directly onto your BlackBerry device. So, people are looking for ways to easily obtain APK files.

We've already seen Snap drop in the forums and a second app has been developed now too. This one is called Droid Store. It's smooth and fast and works pretty much the same way as Snap does. But it's nice to have options.

There are a few limitations to Droid Store, at least in the current version, like you can't yet sign in to your Google Play account and it doesn't allow you to download paid apps (though this is the case in general). The developer has said the next version should have the ability to sign in with your account. Though, this may not be a limitation for some, perhaps more a bonus, as not everyone has a Google Play account or and Android Device ID.

Droid Store does need to be sideloaded first as it's a BAR file, then you can go about downloading and installing your APK files.

With this addition of Droid Store, there are now a number of ways for you to download APK files. Snap and Droid Store being a couple of native options. You also have 1mobile Market and the Amazon Appstore, where Amazon have said to enjoy the use of even if it's not officially supported.

Remember, all this only works if you have jumped the gun and installed the unofficial OS 10.2.1.1055, as it supports directly installation of APK files.

Up until now I haven't tried any apps to install APK files but I quite like the Droid Store app, so I'll be giving this a go for a bit. You can join in on the discussion the forums.