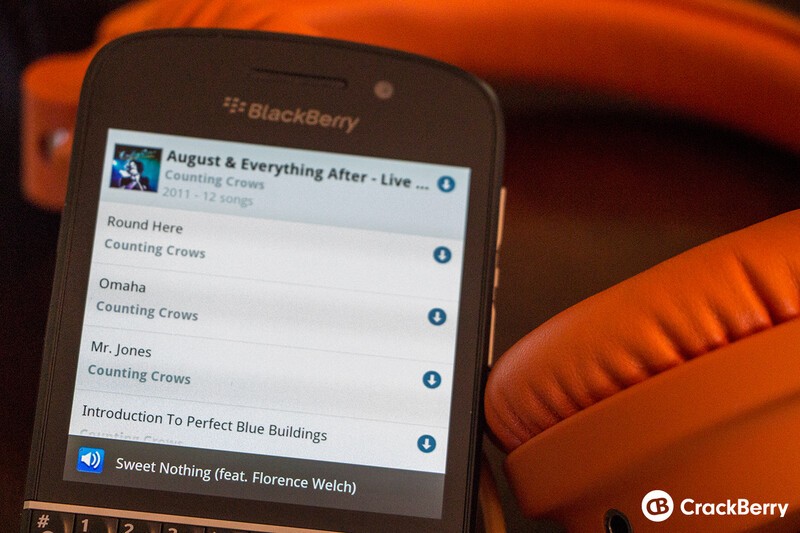 Note: Unfortunately this isn't an official version of Rdio for BlackBerry 10, but a working Android version you can sideload to your Z10 or Q10

While we somewhat patiently wait for Rdio to release a BlackBerry 10 app, many have been clamoring for a solution to get some Rdio action on the Z10 or Q10. We've had some luck in the forte.fm web app which really is the only solution for the time being. Being an Rdio fan myself (I recently ditched Spotfy in favor of Rdio) I too have been searching endlessly for a better solution.

Using the new debug method I was quick to try our Rdio on my Q10. Sadly it's a bit of a tease as it looks like it might work but never makes it all the way into the app. So needless to say I was delighted today when I came across a thread in the CrackBerry forums where mdarr posted up a link to a much older version of Rdio. I did a quick conversion of the APK using the new method and was very surprised when it fired right up on my Q10.

Like I said, it's a much older version than the current one (0.9.18) but for now, that's fine by me. I've played around with it a bit and overall it seems to be working pretty darn well. Collections, playlists and even offline syncing are there, so if you're an Rdio fan that just can't wait to get some BlackBerry 10 love, this may be the way to go.

To get it installed you'll have to sideload it using the new method outlined below.