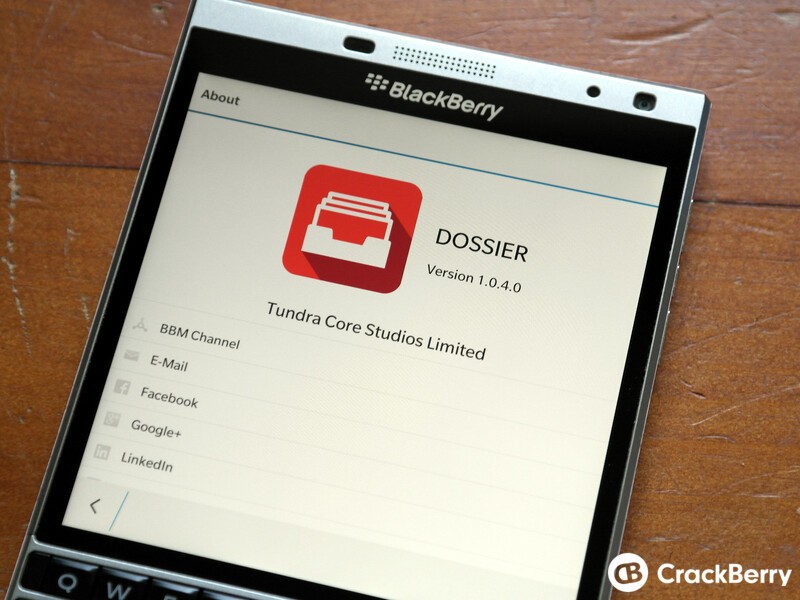 Dossier is an app primarily aimed at business users, and it has just received an update. It is brought to us by Tundra Core Studios, and the update mainly focuses on fixes and improvements. If you've not heard of Dossier before, it's a business-oriented app that lets you store contact and client information securely.

Here's what Toby Clench of Tundra Core Studios has to say about the latest update.

Having recently released an update to Dossier which added several new additions, to the application, we had received even more feedback from our users whereby we have worked as quickly as possible to fix any issues that were occurring for select users as well as continuing to stabilise and improve the speed overall in addition to implementing new features too.

Dossier is currently on sale and priced at $0.99. It is available for all BlackBerry 10 models and is a handy app to have if you need to store client information. Being able to sort them by category is a useful feature, and the developer has noted more things to come. As stated above, the developer is also open to feedback from users to help improve the app.