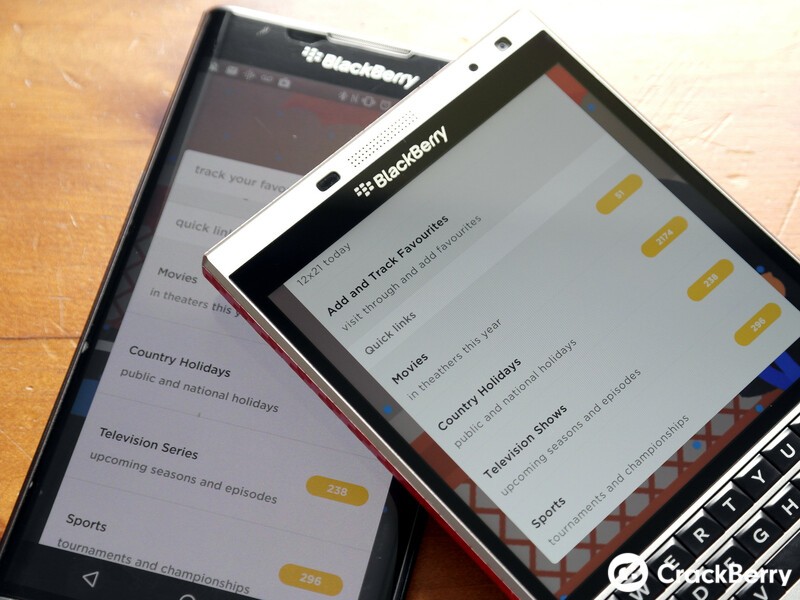 If you still like to watch TV shows as and when they are aired, then this is an app you'll probably want to check out. Kalendar makes it easier for you to track your favorite TV shows, upcoming movies, even major tournaments, and events. You even have the ability to sync the information with your calendar to make sure you don't miss a thing.

As well as shows, Kalendar also includes National Public Holidays and Observances, which you can also sync to your calendar. There are 196 country listings available, just select yours from the list.

Here's what you can expect to find with Kalendar.

Kalendar comes from Little Boat Studios, formerly known as ReFocus Technologies, who brought us ARKick, SoundScape and more. As well as keeping their BlackBerry 10 apps updated, they're also bringing their apps to Android and Kalendar is available for BlackBerry 10 smartphones as well as the BlackBerry Priv.

Kalendar will cost you $1.99 on BlackBerry 10 and $0.99 on Android. One thing to note is that native calendar syncing is not yet available on Android, but the developer has stated that this feature should be made available on the Priv soon.