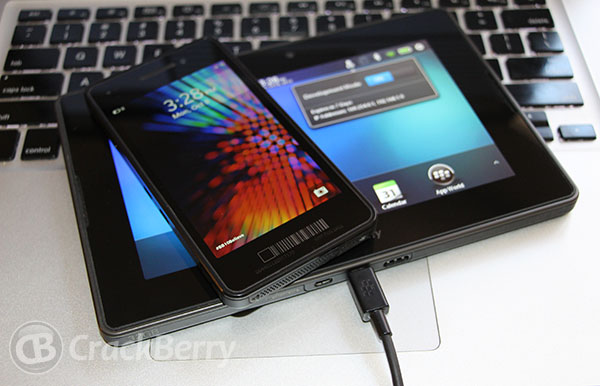 Although I'm sure RIM has intentionally avoided the term 'dogfooding' in their recent developer blog posts, that's exactly what they're doing with their own developer tools. Dogfooding, if you're not aware of the term, is the process of testing out your own tools, products and / or offerings that you expect others to use. Not only does it show confidence in what you're offering, it also serves as a level of quality control.

In RIM's case, this means walking through their own samples and tutorials, navigate their own documentation, and building a few apps all using the exact same tools and resources that they expect developers to use in order to make great apps for the BlackBerry Platform.

Historically, RIM's developer documentation and resources have been all over the place. Often times, making it near impossible for developers to find direct, concise information but with the new tools available we're seeing an entirely different RIM here. Now, RIM has dedicated pages for every developer platform they support, they have dedicated YouTube channels for learning and have opened up the developer issue tracker so that devs may file bugs.

Back on the topic of 'dogfooding', which, is normally held behind closed doors and embedded in software as "Send Feedback" buttons and for some, is viewed quite negatively. RIM is changing the game there as well. The developer relations team at RIM has recently been putting all their tools to the test and documenting everything for everyone. Right there, in the open and in the public eye for all to see. If you're interested in reading about their experiences with the tools, you can check out some of the links below.