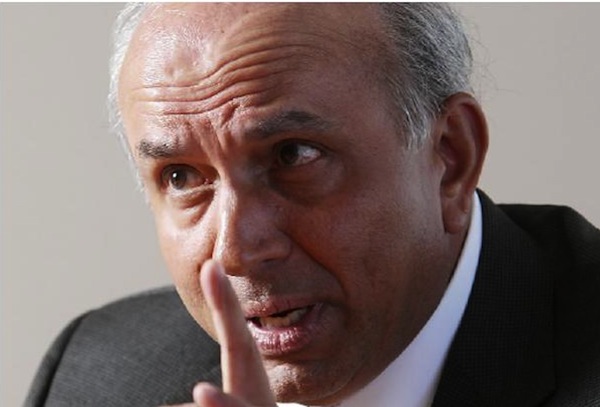 Yesterday there were a few stories written in the business media about how Prem Watsa of Fairfax Financial, nearly doubled its stake in RIM.  Regulatory filings show that Fairfax is now a 9.9% shareholder in RIM, up from the mid 5% level previously.

For those who don't know, Watsa also sits on the RIM board of directors.  He joined the board in January of this year.  He's been called "Warren Buffet of the North", and he has quite the reputation for making brilliant market calls such as selling equities in advance of the 1987 crash, and buying credit default swaps on bonds prior to the subprime disaster of 2008.

Given that this guy already took a large stake in RIM when he joined the board, one has to wonder what he knows about RIM's plans in order to justify his return to the trading desk to double down on the stock.  As a board member, he is privy to plenty of insider information.  When insiders buy, it is usually viewed as a bullish sign to outsiders.

Just to be clear, please don't confuse the term "insider information" and "insider buying" with anything sinister.  Insiders are never permitted to buy stock when they have critical information about pending news that is not yet public.  But they are allowed to use their own opinions, combined with their insider knowledge of long term strategy.  And that's exactly what Watsa appears to have done.

Watsa has previously said that he expects the turnaround of RIM to take 3-5 years.  I've seen some criticism of this statement, but what he said is quite fair.  Sure, we don't really know what the mobile landscape will look like in 5 years.  At least not with any precision.     But RIM is either a survivor or they are not.  If they do survive (to thrive), why should the recovery take any less time than the 5 years it took them to collapse?

One of my favorite investing philosophies is that people tend to overestimate short term change but dramatically underestimate long term change.  When the iPhone came out most people didn't see the kind of damage it would do to RIM.  And if BlackBerry 10 hits the nail on the head, my guess is most people are dramatically underestimating how much of a recovery it can lead to.

Obviously Watsa, who sites on the RIM board of directors and must trade during allowed trading windows, thinks the recovery is coming.