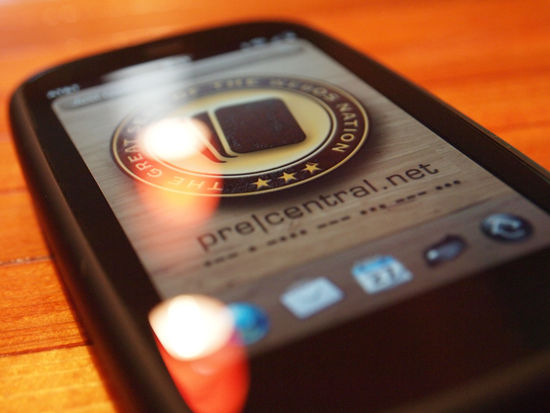 By now most are aware of HP's decision to stop making webOS powered hardware but that doesn't mean the webOS community as a whole has given up on webOS devices. Our friends over at Pre Central have completed their review of the long awaited HP Pre 3 and although its story is a tragic one, considering the device many webOS fans have been waiting for will never really have its time to shine -- it's still a good read that tells the tale of what could have been.

In reading the review, it's easy to see that the HP Pre 3 was finally the device many were hoping to have webOS on. A 1.4GHz processor, 480x800 display, 512MB of RAM and the option of 8GB or 16GB for storage, and an auto-focus camera finally made it, at the time of its announcement, state-of-the art. Derek covers his thoughts on the device quite well, despite knowing that it'll never really be fully available to all, so make sure you check it out.

When the BlackBerry PlayBook launched, a lot of people related the look of the BlackBerry Tablet OS to that of webOS and when reading Dereks review, I couldn't help but wonder if what we're seeing in the HP Pre 3 is a small glimmer of what we'll be seeing when QNX BlackBerry devices arrive on the scene.

The "card" metaphor is there, the styling is arguably similar, and some of the specs fall in line with rumors suggested for QNX BlackBerry smartphones so it's becoming increasingly easy to imagine QNX being shrunk down to a BlackBerry. We've seen some fake images pop up, but really RIM will need to play with their UI a little bit more to make it optimized for smaller real estate. For now, I think the HP Pre 3 gives us the best insight as to what QNX may look like. What do you all think -- and more importantly, were any of you all out there waiting on the Pre 3 to give webOS a shot?