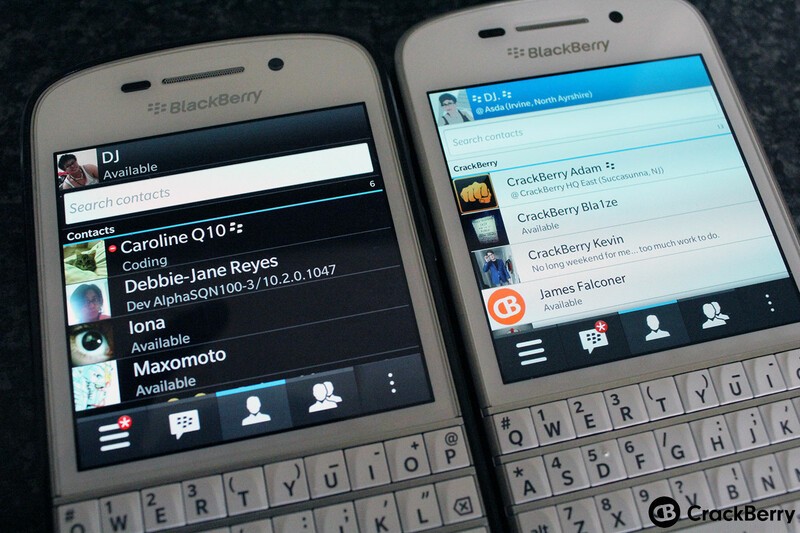 The BlackBerry 10.1 Maintenance Release began to roll out at the end of July in the EMEA and APAC regions, as well as in Canada, with U.S. and LATAM looking at the end of summer. The maintenance release brought about a whole load of new changes. While there were a lot of good and welcome changes - one of the things I noticed on my Q10 was that the calendar theme became white. Having been used to the dark theme for months, it all felt a bit foreign. That may sound extreme but when you get used to something and you love it, then suddenly it changes, the brain takes a while to process.

A few days later, we saw an update to BBM Channels. This update also brought about some welcome changes but at the same time I saw my beloved dark theme become white on BBM.

Going by Michael Clewley's tweet, it seems that more Q10 owners were not liking the dark theme due to it being not usable or readable.

Response to Dark vs light theme. We changed it because users complained it was not usable / readable on their devices, we listened.

I beg to differ. As soon as I saw the dark theme on the Q10, I instantly fell in love. While it wasn't the main reason I went for the Q10 over the Z10, it certainly helped the appeal. A lot of other Q10 owners I've spoken to since updating to the 10.1 MR have said that they want the dark theme back. There is a lot of conversion happening in the forums over the dark / light theme change too. Read here and here.

Another thing that bothers me about the dark theme slowly disappearing is that there was a point to it. It wasn't just slapped on there to be different, though I do find it's what makes the Q10 even more sexy. The dark theme was put on the Q10 due to the AMOLED screen. With an AMOLED screen, it draws less power when you have a black pixel. So, while visually appealing, the dark theme was also there to help battery consumption.

Now, I know the dark theme wasn't the preference for everyone and there were probably more people being vocal about not liking it as opposed to those who loved it and maybe that sparked the change. But this irks me even more as there was a whole reasoning behind the dark theme - battery life.

So, while there may have requests to change it to light theme, what about those who want and preferred the dark. My request is this. Please give us the option to use the dark or the light theme. I know that there are also many Z10 owners who would like to see the dark theme too, so having the option would keep people happy.

What say you, CrackBerry Nation?