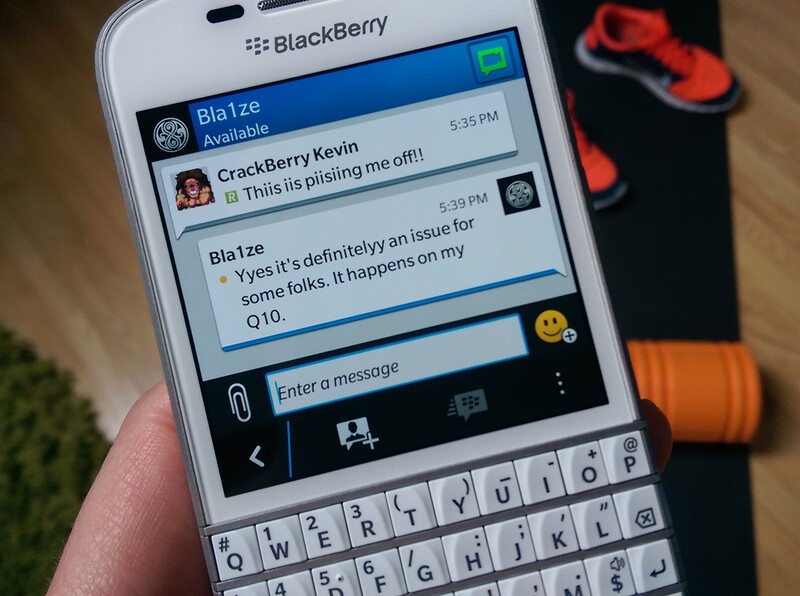 If you jump into CrackBerry's BlackBerry Q10 Forum and sort the topic threads by popularity, the second most-viewed topic is about the BlackBerry Q10 'double typing issue'.

For those who have experienced it, you know the 'issue' I'm referring to. Sometimes when you're typing and you press a letter on the keyboard once, instead of one letter showing up on the screen you get two. When it happens, it's frustrating as all heck. What's also frustrating is that when it begins happening frequently, there doesn't appear to be a quick fix for it. Updating or reloading the OS doesn't seem to help, which points to it being a hardware malfunction of some type. Swapping the phone for a new one appears to fix it - though, for some owners on CrackBerry who have done just that, eventually the problem has ultimately reappeared.

What's DIFFICULT for me to say though is what percentage and just how many Q10 owners out there have actually experienced this issue. Based on the 66k views on the forum thread and 1200+ replies, it seems like a big number, but also maybe a small one in the grand scheme of things. If a really high percentage of owners were experiencing the issue, I'd expect to have heard even more on it. Personally, I have owned and used four different Q10 models now and have yet to personally experience the double typing issue. I should also say this isn't a brand new Q10-only phenomena. Over the years we have seen this issue get reported from time to time on other full keyboard device models, including the 9900.

That all said, I've received some tweets and emails and noticed some comments on recent articles here asking us to bring some more attention to the issue, in the hopes that it will get addressed or acknowledged one way or another. So that's what this post is about. If you're a Q10 owner, be sure to vote on the poll below. And if you're a Q10 owner who has experienced the double typing issue, be sure to take this opportunity to really describe what you've been experiencing. Maybe we can make some magic happen.