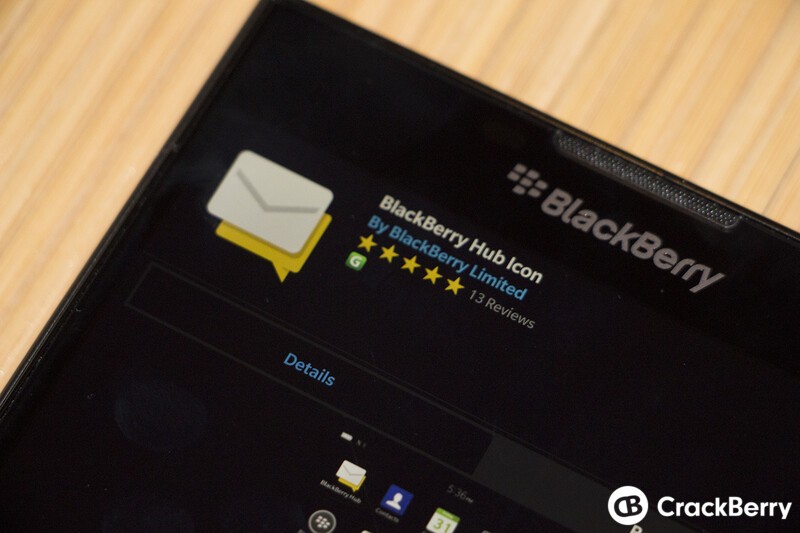 Over the past few months BlackBerry has been taking their core apps found on BlackBerry 10 smartphones such as the clock, calculator, compass and more and putting them into BlackBerry making updates to those apps easier for everyone. One of the most recent additions added to BlackBerry World was the text messaging icon and while folks may laugh at that even being an available download, truth is it comes in handy because some folks have managed to actually delete it.

When we posted about the text messaging icon being available, several folks also wanted the Hub icon to be downloadable as well and BlackBerry has now obliged. If for whatever reason your Hub icon is missing and you really want to get it back, you can now grab it from BlackBerry World and restore it to your device without the hassle of reloading your OS or needing to take more advanced measures such as reloading the BAR file. A simple fix for surprisingly common issue.

I should note, if you're on 10.2.1 and download this, it'll likely change your icon to the 10.3.x variation. Lest people get angry at me for not mentioning it.