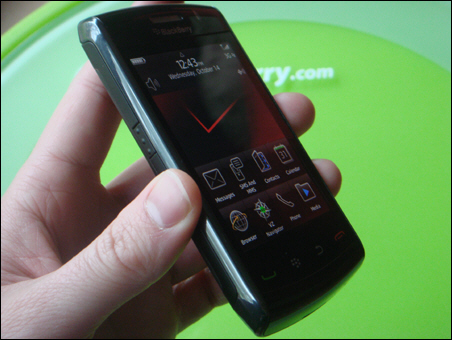 Some interesting new comes to us from the good folks over at Gizmofusion today. It's certainly not the greatest news if you are a BlackBerry Storm 2 owner but, we'd be remiss to say that it wasn't expected. According to the article, a reliable source has advised Gizmofusion that Verizon was testing builds of BlackBerry 6 for the Storm 2 but has since halted testing due to its inability to function correctly on the device.

The main reasoning being lack of RAM of course, among other un noted reasons. The 256MB in Verizons eyes simply was not enough for the device to handle BlackBerry 6 thus causing it to under perform. The common consensus is that, any device running 256MB won't be able to handle BlackBerry 6 but that information is consistently conflicted as well. New rumors suggest builds for the 9700 are out there and that they are simply not "watered down" versions of what BlackBerry 6 is supposed to be. Time will tell in the end but really, it would just be nice of Research In Motion to just tell us. Least then we'd know for sure. Knowing is half the battle.