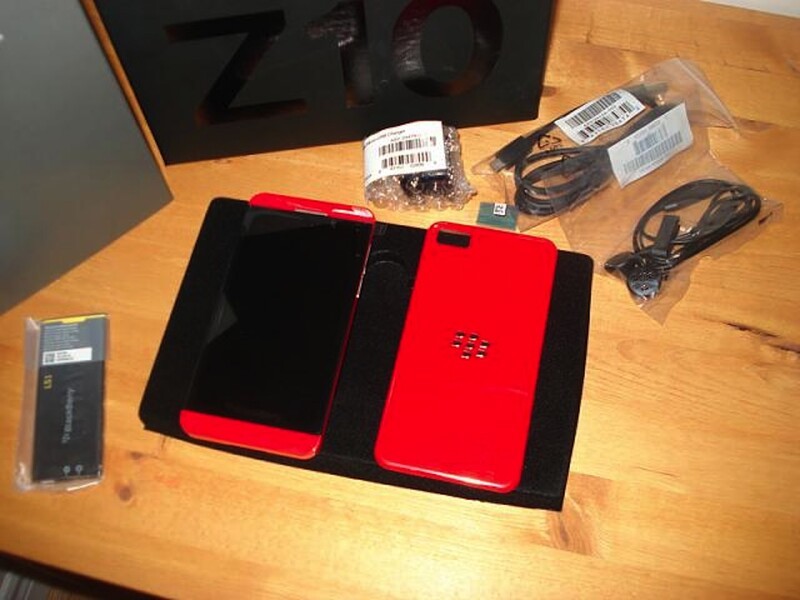 BlackBerry Developer Elite members had the privilege of receiving theirs at BlackBerry Jam Europe. For everyone else, it was said that the Limited Edition devices should start shipping 6-8 weeks after the BlackBerry 10 Launch on January 30th 2013.

Given the timescale, it was looking to be around March time. That time is now. Browsing through the forums, it seems that some developers have started to received their Limited Edition devices already. Folk have seen a tweet coming from developer Joey Beechey saying that the postman had brought them shiny and new. Lo and behold it was a Limited Edition BlackBerry 10 device.

After being inundated with questions on Twitter, it became apparent that there had been no previous contact from BlackBerry to say that it would be arriving. No shipping details were sent, instead it was just dropped off by FedEx. It looks like a developer in Germany has also received their Limited Edition device, though no photos have been posted.

Good start into the week. Just got a limited red #Z10 device. Exited to unpack and play w/ it. Wanna test it? Come to the @odl_dus tomorrow.

A few other developers have received theirs too and they all seem to be Canada based. Response from BlackBerry Dev has been that some regions are getting theirs shipped out now while others will be in the next two weeks. If this is right then, more people in Canada should be receiving their Limited Edition BlackBerry devices soon too. And if the developer in Germany did indeed receive his, then those in the EMEA region should be getting theirs soon too. Join in the discussion in the forums if you've received yours too.

On a side note, it seems that a developer in Canada is putting his Limited Edition BlackBerry Z10 is up for sale on eBay. He's looking to sell it for $999 CAD ($974 USD). He's only selling within Canada on a pickup basis. If you're interested you can check out the eBay listing here.