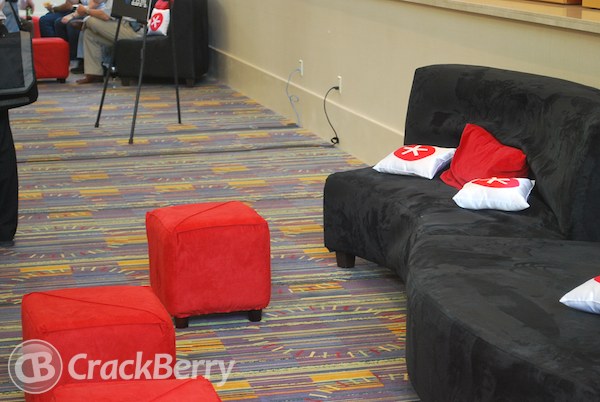 It has been almost one year since RIM's last developer's conference in California. Remember the one where Mike Lazaridis (then Co-CEO) officially unveiled BBX in name only? No product, no demo, and really not much of anything. As Kevin put it, the RIMPIRE Struck Out.

At the time I was attending the conference on behalf of Canada's largest newspaper, The Globe and Mail. I published an article called, RIM's Strategy: It all depends on execution.

When I look back at that article, it was fairly critical. I was worried about the company's future... bigtime. I wasn't happy with the company's communication strategy since they provided absolutely no updates on expected commercial availability for BBX (now BlackBerry 10), or the long-awaited Playbook 2.0 upgrade that we eventually did see. We had Jim Balsillie giving interviews to the media one day ahead of the big keynote, telling us, "We've engineered a leapfrog of the industry. And you're going to see that tomorrow." Of course we saw no such thing.

About the only interesting demonstration coming from RIM at that show was the preview of Cascades. But we all walked away wondering when it would be available.

My conclusion, at the time, was that RIM was still talking a big talk without much to show for it. So how have they done since then? Let's see:

I'm sure I'm missing a lot on that list, so please throw your comments in the usual place. My point is to show that RIM has been making a tremendous amount of progress. I can't wait to see what they show off at BlackBerry Jam in San Jose next week. A big part of me is really disappointed that I can't go this year (business conflict). It will be the first North American developer event I've missed since the inception of DevCon. You'll still be in amazing hands with the CrackBerry crew and I'll do some armchair analysis.

Financial results out of RIM have been a disaster over the last year. But we knew they would be. How could they not, with no new products of any significance hitting the street? But always remember that financial results are backwards looking. They do not tell you anything about what's coming. That doesn't mean great things are coming. It still could mean the storm is getting much, much worse. My point is that you won't see the road ahead by looking in the rear view mirror.

Watching where RIM has moved over the last year is actually encouraging. But they still need to get everything to market. That's the big missing component right now. Thankfully, we've seen some pretty firm indications of a January or February release. We've seen evidence that carriers will support the platform. We've seen compelling evidence that RIM's UX is not just another iClone, but something unique to suit the needs of "people who do"

I love Apple products, and I love how they're running the company. A comeback for RIM doesn't mean Apple has to lose (or Google/Android for that matter). This is a very big market. A comeback for RIM simply means that they stay relevant to a core group of users and prove themselves capable of being a stable platform in the post-dumbphone world.

The way I see it, RIM is still in a very respectable fight to become the #3 mobile computing platform in the world. In the last year they've made good progress. I can't wait to see what happens next week in San Jose.