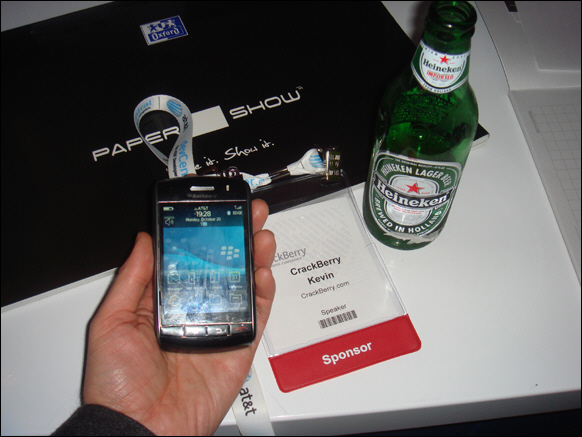 SUCCESS! I FINALLLLLLLY have a BlackBerry Storm in my hands!

Sorry for the lack of posts folks, but the schedule here at the BlackBerry Developer Conference has left little time to sit down and actually write, and today is going to be even busier than yesterday! We'll be kicking up the live blog for this morning's general sessions (8:15am PST) though, so you'll want to stay tuned for more.

Stay tuned for a lot more over the hours and days ahead... and after the jump you can check out a few more shots from yesterday!