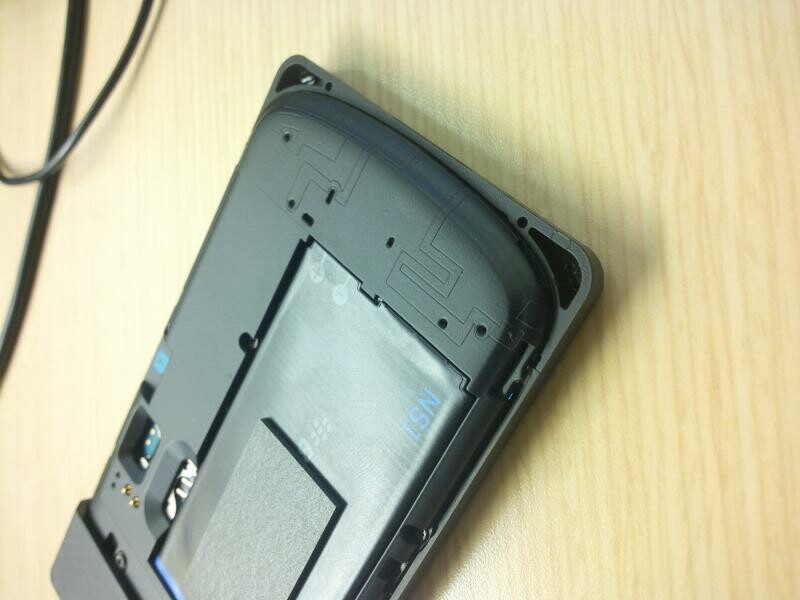 With the BlackBerry Dev Alpha C now being handed out to developers there has been a bit of speculation surrounding the device in the CrackBerry forums, especially when the battery cover is removed. As you can see from the image above posted by mdarr, the device looks just like a BlackBerry Q10 in disguise.

Of course, this isn't the first time we saw this happen. As we noted long ago, the BlackBerry Dev Alpha B units were pretty much what ended up in the hands of BlackBerry Z10 owners aside from a few internal changes.

So we have to ask. Is the Dev Alpha C a BlackBerry Q10 in disguise? Maybe some other unmentioned device? Drop your comments below or head on into the CrackBerry forums for some more discussion.