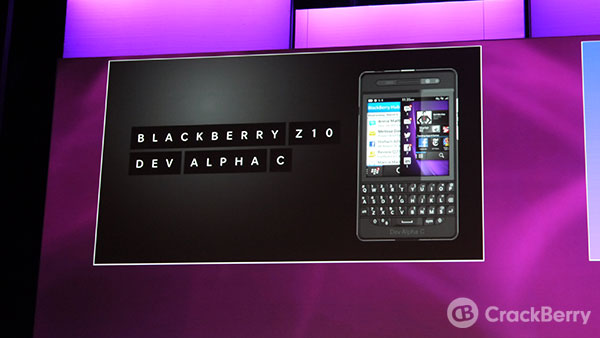 Registration to get a Dev Alpha C has been open for a while but nobody knew what it would look like, until today. To qualify, you must have an app already in BlackBerry World. If not, you have the next two weeks to submit your app in to BlackBerry World to show your interest in availing a Dev Alpha C device.

Remember what you're looking at above is only a Dev Alpha device, it's not the sexiest looking device but it's there for developers to make sure their apps will function smoothly on the BlackBerry Q10 device when released.