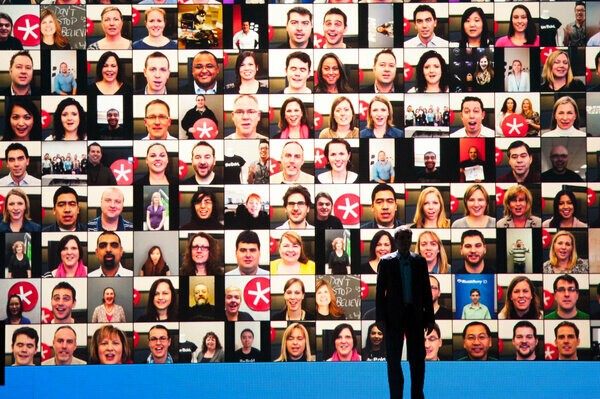 Late last night, Reuters published a story suggesting that BlackBerry’s board of directors may actually be opening up to the idea of going private. So in good CrackBerry form, I thought I should write up something that explains what it means and how it might change things for the company if it happens.

Let me start by saying this:  I don’t think BlackBerry is going private anytime soon. I don’t think it’s the right answer for them now. I’ll come back to this in a moment.

You might be wondering what “going private” means. It’s essentially the opposite of going public. Many CrackBerry Nation readers are probably familiar with one of the biggest “going public” transactions in the last couple of years: Facebook. Zuckerberg’s company was privately run for many years until they eventually sold shares to the public, and now the stock trades on the Nasdaq stock exchange (that’s where most tech stocks trade).

Back in 1998, Research In Motion went public too. Then came BlackBerry, then came CrackBerry, and now many years later ... the company is thinking about whether it makes sense to remain publicly listed.

There are rules public companies must abide by. One of the rules is to regularly publish financial results. If companies didn’t do this how would investors decide if they wanted to buy or sell shares?  So public companies have to celebrate their success and air their dirty laundry in public.  There are fewer secrets. When you’re going through a painful transition, as BlackBerry is, it might be nicer to avoid disclosing all of the nitty gritty details right?

To go private, somebody (or some group) needs to put out an offer to acquire all of the shares in a company. Then the offer needs to be accepted by a large enough percentage of shareholders. A company can’t take itself private. The company is not a shareholder of itself. The company is just an entity that others (shareholders) collectively own.

Usually, when a lot of money is needed, a private equity firm gets involved. If a company is fairly small, management might raise the money itself, but I doubt the brass at BlackBerry have an extra few billion dollars lying around. In this case, BlackBerry is said to have held talks with private equity giant, Silver Lake Partners. If the board of directors of BlackBerry and Silver Lake were to agree on an offer to go private, shareholders could decide whether or not to accept it. If they accept, they sell their shares to the buyers (usually at some premium), and BlackBerry stops trading on a stock exchange. They get to hide from the public for a while, or a long time, or forever.

Silver Lake took enterprise communications giant Avaya private back in 2007. Some of you might remember them better as the business telephone division of Lucent Technologies. Avaya was spun off from Lucent at the turn of the millennium. Things got tough, and Silver Lake moved in. Here we are 6 years later and Avaya is still private. I point this out to make it clear that going private doesn’t necessarily mean the company will return to the public markets anytime soon.

And this brings me to BlackBerry. The trouble that BlackBerry is facing is also trouble that needs to be fixed quite quickly if they are to survive as an independent mobile platform. If BlackBerry 10 can’t turn them around, or if a cross platform BBM launch doesn’t bring them back to the top of the mobile IM game sometime soon then we’re probably talking about a huge change in business focus.

Going private transactions take time to execute. If we look at Michael Dell, he’s been trying to take Dell private (with the backing of Silver Lake) for six months already. Shareholder’s haven’t even voted on it yet. Imagine if BlackBerry was to see the same thing happen?  By the time the company went private the opportunity to turn things around on the consumer front are potentially over.

Also, private companies don’t get as much media attention. This is good when you’re fixing things. But once things are fixed you actually want the attention. It’s healthy. So if BlackBerry was to turn things around on the consumer front, they need financial analysts and technology media people writing about it. Without quarterly financial results to spark news stories, this doesn’t happen as easily.

So here’s my thinking:   BlackBerry isn’t going private, or at least they are not going public to execute a turnaround. They don’t have enough time to do so out of he public view. If they do go private I think it means they’ve admitted the failure of Plan A, and they want to execute on a Plan B (whatever that is) out of public view.

Anyway, let’s remember that Reuters’ sources say that Silver Lake had a meeting with BlackBerry, but details of any transaction were not discussed. Let’s not read too much into this. My bet is the board of directors is just preparing for a range of possibilities. After all, that’s their job.