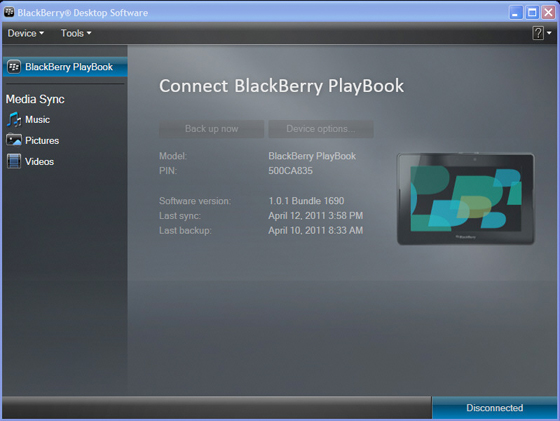 Desktop Manager for Mac will be available this summer.

Of course, this doesn't mean that Mac users are left high and dry. Upon connecting a PlayBook to a Mac via microUSB cable for the first time, you'll be prompted to install drivers onto your Mac. Once installed, your PlayBook will appear as a network drive and you can easily drag and drop to transfer your pictures, movies, documents and other files onto the PlayBook. You can even transfer files via WiFi. So you can survive without worries without Desktop Manager, but for those of you waiting on Desktop Manager for Mac support, you now have a better idea of when it's coming.