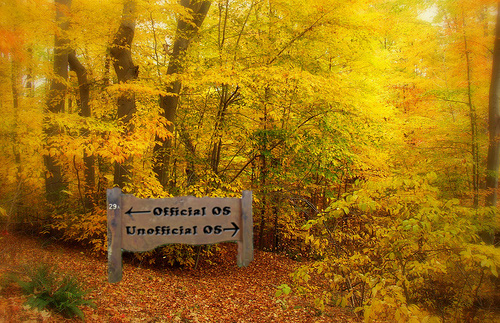 Through the course of many BlackBerry OS announcements here at CrackBerry, many of you have asked about deleting the vendor.xml file. You may have seen it referenced in one of our articles about a carrier releasing an official OS update. You may have come across it several times in the forums. You may be hearing about this file for the first time. The truth is: you only need to delete the file from unofficial updates; that is, updates that are official for a carrier other than your own.

When updating your BlackBerry, oftentimes the first step is to install that Operating System update to your computer. The vendor.xml file is copied to your computer as a part of that process. If you are updating your BlackBerry with the official update supported by your carrier, the information in the vendor.xml file must match similar information in the hardware of your smartphone. If the two don't match, the update cannot be applied to the phone. This is how the carriers make sure you only load their supported version of the operating system on to your phone.

For the sake of argument, let's say that Orange in the UK has a BBOS version 6.0.0.999 for my BlackBerry Torch 9800. Since AT&T's officially supported version is .570 (I think), I wouldn't mind getting that Orange update. BBOS versions that are supported by a carrier are usually pretty solid. Ah, but that vendor.xml file would prevent me from using it. The file won't match the hardware on my AT&T Torch. Well then, I'll have to delete it.

That's right. The only thing standing between you and another carrier's update is that vendor.xml file. Mind you, if you upgrade to an unofficial OS and later call your carrier's tech support, the first thing they'll tell you is to downgrade to the official version. But for many, unofficial updates are a great way to get the latest stable release for their devices.

The only time you'd need to delete vendor.xml is when you're installing an unofficial update. Official updates have vendor.xml files that already match the hardware on your phone. The update is already official; you won't need any tinkering to get it to work. The Vendor.xml file on a leaked OS (BBOS versions that are not official for any carrier) is almost always blank. You can delete a blank file, but it won't change anything.

After installing the unofficial update to your computer, you'll need to find the vendor.xml file. Depending on whether you have a Mac or a PC or if you run Windows XP or 7, vendor.xml can be in a variety of places. The easiest thing is to search for the file. Likely the file is in a hidden folder, so you'll need to make sure those are included in your search. Once you've found it, feel free to delete. Just make sure you don't delete any other .xml files.  After that, it's business as usual.