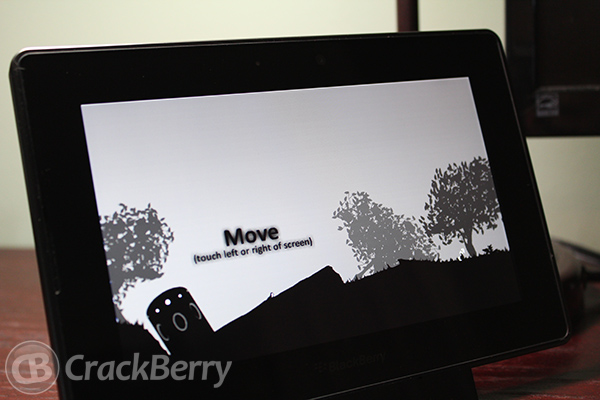 With mobile devices crashing upon the world and developer's building applications and games for them at such a fast rate, it's hard to remember that there can be more to a game than just flinging birds or cutting the ropes. This game I'm about to introduce to you is almost a cross between a game and story, and it truly shows you that there can be more. The game itself if available on the BlackBerry PlayBook, and is a free download.

"Take a poignant walk through the life of an alien caught in the midst of humanity."

I introduce you to ImmorTall. ImmorTall is clear evidence that a game can not only entertain you for a few minutes, but it can also cause you to become attached to the main character. The premise behind the game is that you're an alien that has fallen from the sky and you are on a mission to get home. As you progress over the country landscape you meet up with humans -- both good and bad -- and your job is to protect the good ones. The game is very simple, but I challenge you to download it, get past the simplicity and connect with the character. ImmorTall is available on the BlackBerry PlayBook for free via BlackBerry App World.