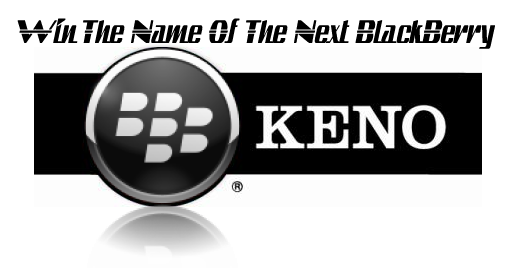 Looking back at BlackBerry history, for the longest time Research In Motion's "numerical naming" for devices maintained a standard convention. It was not too long ago now that devices were given certain device model designations and they actually meant something to those of us BlackBerry owners that cared to pay attention (especially us hardcore enthusiasts that frequent a site like CrackBerry). As of late, we have seen this whole device model concept sort of fall to pieces. RIM has slowly moved away from this pattern that used to make sense to us consumers to what seems to be device model numbers that are pulled out of a bucket . Now personally, I would like to think that it's just the fact that they ran out of numbers to assign.

Read on for an idea as to why the patterns have now changed.

However, with all the new devices coming out and their recent numerical numbering and codenames I really can't help but think Research In Motion is just doing it to throw users (and bloggers) off the trail of actually finding out what these upcoming devices are. For example 9700a, 9700x and the many other variations of the 9650 we have seen. Be it 9650x,a,v or whatever other letters and numbers RIM made up. Heck, we've even seen references to the BlackbBerry 9999 and BlackBerry XXXX pop up in analytics (what the heck is this stuff?!) Take a look at how the numerical ordering used to be thanks to port3101's HDawg and Sith Apprentice

Now with the analytics we have been pulling from the servers, clearly the numbers we are seeing for some BlackBerry devices are certainly either fake or planted just to make us really wonder what's going on. Now, I'm not saying I don't understand as to why RIM would do it; I'm just pointing it out.

Clearly RIM has had their fair share of information unintended for public consumption get out there and it's well within their right to protect their assets as they see fit. If tossing out fake numbers for devices can prevent the real information from being revealed then that's reason enough in RIM's eyes to pull such tactics. But really, it just seems as though they are picking numbers out of a hat now and just tossing them out there.

Personally, if what I'm suggesting here is in anyway accurate it actually kind of makes things more interesting and exciting. So what do you all think? Is RIM just playing with our emotions and tossing out any old numbers they feel like to cause confusion? Or do you really just think they are working a ton of new devices all at once and everyone is just catching them as fast as ever? Sound off in the comments and let us know what you think is going on here.