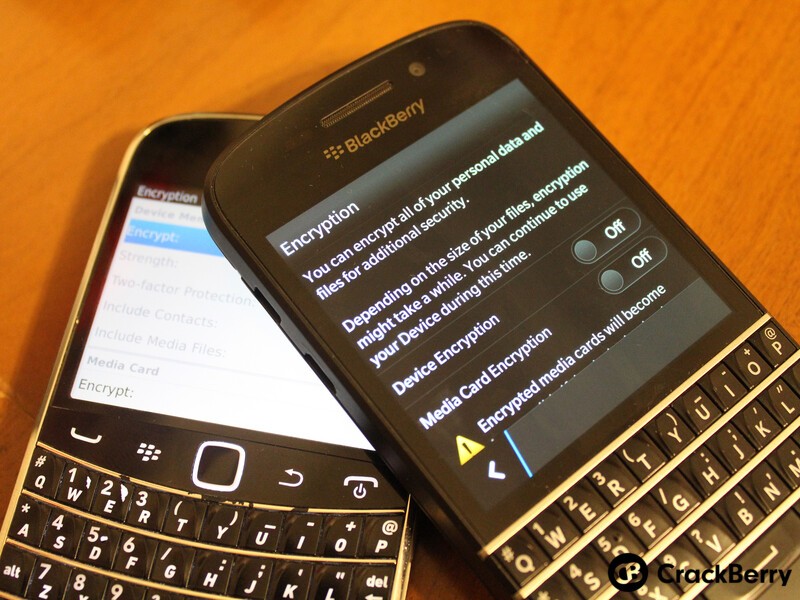 Hello again readers! Dear Berry is here once again with a mailbag full of BlackBerry questions and woes. Today's question comes from Kevin B. who asks:

I keep hearing and reading about BlackBerry 10's great security, but I fail to see where it exist or how to activate it. If any security exists it seems to be rather passive. After switching from BlackBerry OS 7 to BlackBerry 10, it appears that this OS lacks any individual file security/encryption, which was apparent with BlackBerry OS 7 and my Bold 9930. I would still have the 9930 if I hadn't worn out two keyboards.

As I make the transition to revert back to BlackBerry OS 7, before I do, I would like to know if there are any apps that will secure files and vids/pics on a Z10? Since I work as an investigator who has to share info on the fly (I cannot use my Z10 with one hand like the 9930), but need to keep that info secure until I reach the office and download it, is there any app that can encrypt (not just hide) personal files? I've tried a few Android security apps which either fail miserably (for various reasons), or they seem to slow my Z10 down.

BTW: I am not using/connected to a BB enterprise server. Thanks in advance for your assistance.

To answer your question, BlackBerry 10 does offer the capability to encrypt all of your personal data and files and it is the same ability that was available on previous operating systems including BlackBerry OS.

To enable this type of encryption you can do the following:

As you can see you cannot select individual files or folders to encrypt but only the whole device or media card.

Please note that by doing so this creates an encryption key unique to your device. If you were to wipe your device for any reason, it will delete this key as well. Therefore, all of the files that are encrypted on your media card you would not be able to access. For example, if you were to switch devices the new BlackBerry would not be able to decrypt the information on the media card. You will receive a popup on the new BlackBerry stating that the data was encrypted on another device and in order for it to function, you will need to format it.

This is the same if someone removed the information and attempted to read. Without this unique key created by your device, the files will not open. As an example, I encrypted the microSD card on my Q10. When I connect the device to my computer I can read the encrypted files which include images and videos taken. However, if I remove the microSD card from the BlackBerry, place it in an SD card adapter, and try to read on a PC, the files will not open and I receive an error message.

This is also a bit of a double edged sword because if you were to lose your BlackBerry, it is stolen, or for whatever reason you do not have access to it, but you have your media card, you could not open those files. The encryption key resides on the original device itself and is protected when you set the mandatory device password.

If you are seeking third-party applications to perform this same function, we have featured several that do so. They also allow for individual file selection rather than having to encrypt all of them. As you asked, they encrypt the data and do not just hide the files from prying eyes.

A lot of the various methods to securing your device are the same as BlackBerry OS. Both of them can set a device password, lock the screen, lock device when holstered, security wipe, encrypt files in the same manner I described earlier, and set application permissions. In addition, BlackBerry 10 allows for also using a picture password in combination with a device password to lock out individuals other than yourself.

That's not to say there wasn't any differences between the security options and encryption methods on BlackBerry OS vs. BlackBerry 10, because there is a few that are no longer available. (i.e. BlackBerry OS encryption included contacts, two factor protection, and the option to use a password to encrypt the media card so you could use it in another device.) In addition, on BlackBerry OS the files app allowed you to "hide" files and folders from view on the media card but simply hiding files was never really secure.

Hopefully, this will clear things up for you and set on the path to keeping your device more secure in some ways you might not have been aware were available. See you next time!