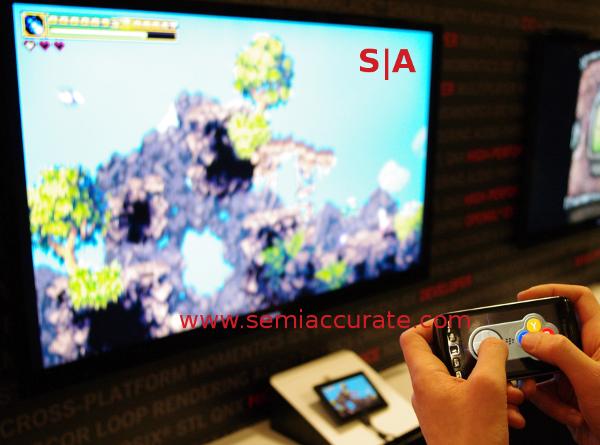 This week at the BlackBerry-sponsored Game Developers Conference, RIM was on hand not only to offer up some cool sessions to developers but also to show off their products. While the catalog of games is quickly growing on the BlackBerry PlayBook, we haven't seen too many cool accessories to make them even more fun. Now that BlackBerry Remote is out and fully functional, it only makes sense that you should be able to use your phone as a controller for games on your PlayBook. Well SemiAccurate has spotted this nifty d-pad controller that is actually a BlackBerry Torch (at least it looks like a Torch) running a modified version of BlackBerry Remote. The full-screen d-pad sports colorful buttons, a d-pad and even a cute RIM logo in the center. It's seen here controlling a PlayBook that is running a game called Frogatto (coming soon to BlackBerry App World) and it looks pretty awesome even just from this image. I totally want to try it out. Like now.

Who knows if this little guy will ever see the light of day, but we can hope, right? What do you think - would you like to see a d-pad app like this for gaming on the PlayBook? Sound off in the comment!