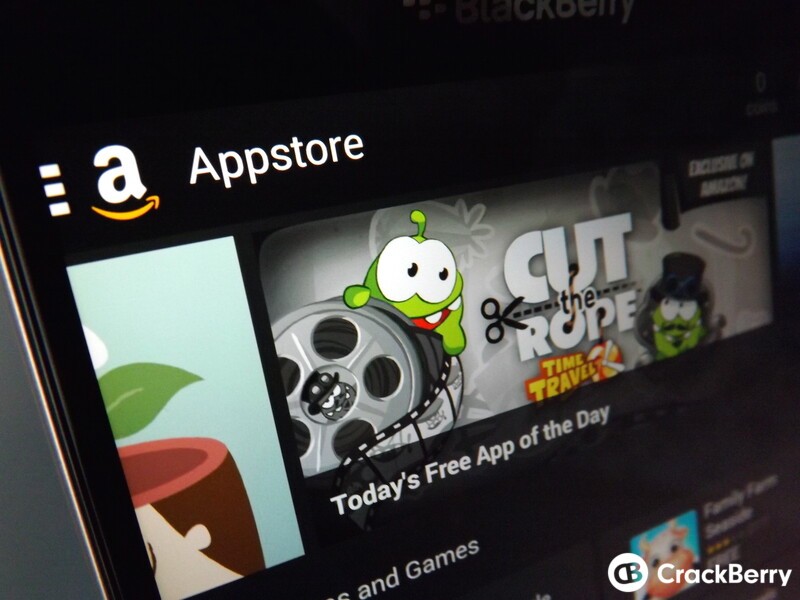 Just a quick heads up for you gamers out there. Amazon have another awesome game as their 'free app of the day' and this time it's Cut the Rope: Time Travel. I actually already had this one on my BlackBerry Passport and it's a real gem.

Whether you've been into the previous Cut the Rope games, or are new to the series, let me assure you that this is yet another addictive time waster. Once again, the game features the popular character Om Nom who as previously needs feeding, but you'll need to get your brain cells warmed up for this one.

Another fine choice to offer us BlackBerry 10 users Amazon. Keep it up.

How to download Cut the Rope: Time Travel racing using the Amazon Appstore