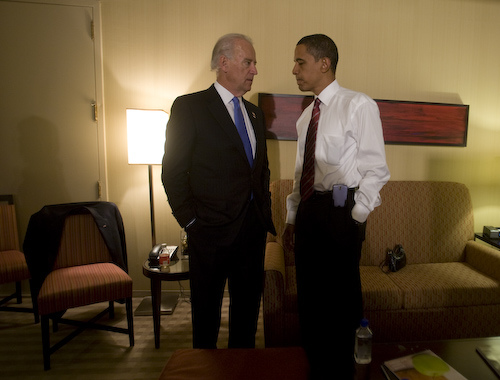 It seems President Elect Obama may be forced to go cold turkey on his BlackBerry addiction when he gets sworn in to office. The New York Times ran an article today all about the situation crisis at hand....

For years, like legions of other professionals, Mr. Obama has been all but addicted to his BlackBerry. The device has rarely been far from his side - on most days, it was fastened to his belt - to provide a singular conduit to the outside world as the bubble around him grew tighter and tighter throughout his campaign.

But before he arrives at the White House, he will probably be forced to sign off. In addition to concerns about e-mail security, he faces the Presidential Records Act, which puts his correspondence in the official record and ultimately up for public review, and the threat of subpoenas. A decision has not been made on whether he could become the first e-mailing president, but aides said that seemed doubtful.

D'oh!!! Now that sucks. Do you think you could just give up your BlackBerry? Read the full story here and drop your feelings about this on the comments. I'm thinking maybe it's time the Presidential Records Act get an update to take BlackBerry users into account :-)

Giving up the BlackBerry is NOT an easy thing to do. Remember the Forbe's Managing Editor who was reduced to tears when he attempted to give up his BlackBerry for just a week?! [ You can watch that video after the jump for a reminder. ] If seven days without the CrackBerry can have that sort of an impact on a person, just imagine what four full years would be like.

Thanks to everyone (like FIFTY of you) who sent this in! And PLEASE keep the comments clean.

Forbes Editor Can't Live Without His BlackBerry for a Week.